Climate talks hanging in the balance 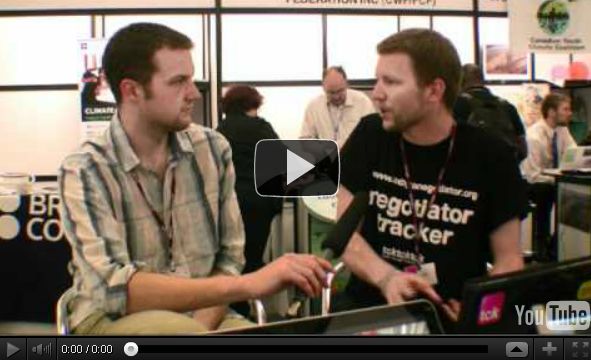 The high-level sessions of the UN climate talks in Cancun are now well under way. Ministers and heads of state from all over the world have come together to wrestle with the nuts and bolts of a future climate treaty. The pace is gradually picking up and the process is receiving more international attention. In the hallways camera crews and reporters linger waiting to swarm around key players in the talks as they emerge from meetings.

Balance is the key word at the climate negotiations in Cancun. It is on the lips of negotiators from all around the world, including Australia’s own climate change Minister, Greg Combet. In essence, balance is about all key decisions moving forward together so no country feels like it is giving more than others. Despite its benign appearance, this theme will make or break Cancun, and perhaps the future of the United Nations Framework Convention on Climate Change (UNFCCC).

Balancing the Kyoto Protocol
The continuation of the Kyoto Protocol into what is called ‘a second commitment’ period has been a hot topic throughout these talks. With Japan’s opening announcement against the Kyoto Protocol, the continuation of this important mechanism to reduce greenhouse gases was thrown into question. Negotiators are battling to figure out how to balance progress in the Kyoto protocol negotiation with progress in the second track of negotiations for another agreement that includes the US and other major emitters. We are constantly being reminded that each side of this process is reluctant to move until they see progress on the other side. This is further complicated by the fact that there are not always clear ‘sides’. There are a range of different country groups with varying needs and positions.

Furthermore, it is still not known how greenhouse gas reduction pledges made in Copenhagen (which capture 80% of the worlds emissions) will be anchored in both of these agreements. Negotiators, particularly Australia, are very keen to see countries live up to their commitments to reduce emissions set in Copenhagen.

Balancing financial assistance and transparency
There are two key issues at play here. The first is around the establishment of a global climate fund to support developing nations cope with the impacts of climate change and engage in low-carbon development. The second is about the measurement, reporting and verification of the actions that countries say they are taking (affectionately called MRV in the talks). Many developing countries are keen to see the climate fund established before they agree to extensive scrutiny of their actions. Likewise, developed countries want to see an agreement on MRV in developing counties before they establish a global climate fund.

Moving forward. Slowly.
As these decisions are nutted out in Cancun it is clear that countries do have the capacity for some flexibility and compromise. For example, India has put forward a proposal for measuring, reporting and verification of pollution reduction actions in developing countries that has gained wide-reaching support. Australia has openly expressed support of this proposal. Also, the US and China are making incremental steps forward on issues where they previously had hard lines. In other places, youth have been given more formal recognition in the negotiating process and the gender implications of climate change have been acknowledged. These small movements forward reflect some progress, but it is all too slow.

In her opening speech to at the high-level session the Executive Secretary of the UNFCCC, Christiana Figueres emphasised that the stakes are high in Cancun, particularly for the most vulnerable:

“Reaching no outcome in Cancun is in nobodies interest.”

Echoing this sentiment, the President of Mexico, Felipe Calderon, said:

“We are all on the same boat and its time to act as a single crew.”

The time has come in these negotiations for the various national representatives to step out as leaders and inject more courageous ambition into this process. The world needs more than incremental movement. A safe climate future is hanging in the balance in Cancun.