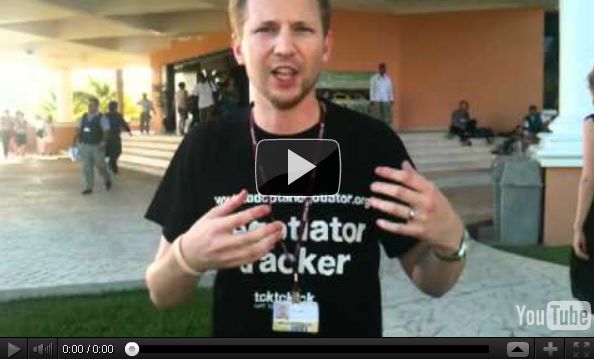 As I write this, I am sensing a strange mix of hope and frustration in the air following the opening address of the 2010 UN Climate Summit (known by the very inspiring name of COP16) in Cancun. The similarities to previous meetings are obvious, however, there are also tangible differences that present new opportunities.

The need for a new approach
In her opening statement, Christiana Figueres, the Executive Secretary of the United Nations Framework Convention on Climate Change, called for a “solid response to climate change, using both reason and creativity”. She drew attention to three important issues:

Following this the President of Mexico, Felipe Calderon, spoke of the danger of the world failing to face up collectively to the challenge of climate change:

“The atmosphere is indifferent to the sovereignty of states… It would be a tragedy if our inability to see beyond our personal interests, our group or national interests makes us fail.”

Calderon also spoke about the vulnerability of Mexico to climate change impacts by drawing attention to a recent record-breaking drought that was followed by intense hurricanes. Thousands were displaced and 60 people died.

“Climate change is beginning to make us pay for the fatal errors we as humanity have committed against the environment.”

Possibilities for the coming fortnight
In my opinion, even though it’s only day one, there is a different mood here in Cancun. It is very apparent that countries and groups of countries are very conscious of their successes as well as their past failures. This brings a sense of weariness, but also an acute awareness of what can, and needs to be achieved.

In Cancun there is an opportunity to find common ground on the establishment of a global climate fund. A fund that would help poor people protect themselves from the growing threats of a changing climate. This must be a new type of fund – which guarantees adequate support for poor communities to build resilience, and gives poor countries and women a strong voice in how it is set up and managed.

Progress on a climate fund is not only achievable it will help unlock the talks and build critical trust between poor countries and the developed world. Most crucially, a fund that is fair will ensure that vital resources are channeled effectively without waste or abuse to those who need support most and can use it best.

While it remains to be seen if governments of the world will take hold of opportunities for progress presented in Cancun it is clear that there is support from the global community.

All around the world communities are showing their support for strong climate action. For example 350.org just held events all around the globe to make messages of hope that could be seen from space.

Whilst back at home a recent Galaxy poll found that 86% support the Australian government doing more to support Pacific Islander communities deal with the impacts of climate change.

While the negotiations in Cancun will no doubt be difficult, progress on a climate fund could provide one of the building blocks for achieving the global climate deal we need – a deal for climate justice.

Tracking for you,
Phil.