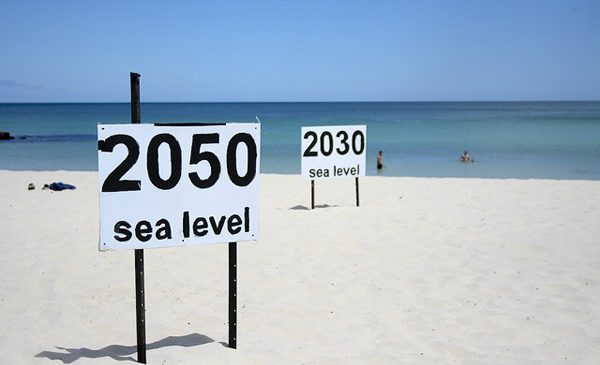 Understanding, and more importantly, measuring the factors that influence the dynamics of the world’s oceans is a relatively new area of research.

It was not until the early 1990s and the emergence of satellite technology capable of highly accurate measurement was it possible to record sea level changes and variations on a global scale.

Even today, there is still a debate among scientists about how much waters will go up by the end of the 21st Century.

But there is agreement that the mean sea surface is rising, and that there is a complex array of factors driving the increase, including:

In its latest assessment report published in 2007, the Intergovernmental Panel on Climate Change (IPCC) said that by the end of the century sea level rise was most likely to be between 28 and 43cm.

However, a number of scientists have published papers criticising the projection, calling it too conservative and warning that future climate change could cause ice currently locked into the polar ice sheets to flow into the oceans.

Since 1991 the Australian government has been running the South Pacific Sea Level and Climate Monitoring Project (SPSLCMP) – tracking the potential impact from human-induced climate change and sea level rise.

Figures for June 2006 show that Tuvalu, an island state that is expected to be one of the first nations to disappear beneath the waves, is experiencing a net sea level rise of 5.7mm each year.

While this may sound like a tiny amount the impact of rising sea levels on such a low lying island state that already has poor soil quality is significant. Salt water spilling onto traditional gardens during high tides, and in some areas, even bubbling up through the ground, has meant that many Tuvaluans have had to give up growing root crops like taro and pulaka due to rising salt levels in the soil.

Oxfam is currently in Tuvalu to witness the king tide – the name given to the highest tides of the year – and talk to the people of this small island about the impact of climate change on their lives.

Ask your questions here and we’ll investigate the issues that you want to know.