The festive season of waste?

Campaigning for change article written on the 16 Dec 2011 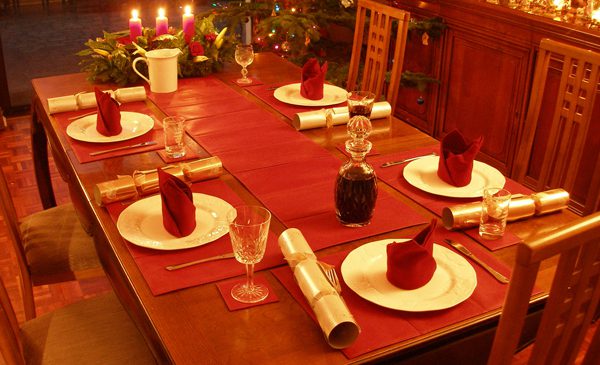 Traditionally, it’s always been a time of excess. For many of us Christmas is inherently about family, presents and, importantly, food.

Childhood memories of Christmas day involved a table laden with food, surrounded by family and friends. The veritable feast would be slowly consumed over the course of the day, until we would collapse on the couch, satisfied, savouring the genuine bliss of rubbing our full bellies at the day’s end.

Many years later, not much has changed. Christmas remains a time of excess and socially-acceptable gluttony — Christmas parties give us excuses to indulge in food and drink, while the annual (and much dreaded) Christmas shopping excursions eat away at our wallets and patience alike. And on Christmas day, like the children we once were, we continue to eat heartily, and too much.

And all of this would not be such a bad thing, if so much of it didn’t go to waste.

Holidays seem to present a plethora of opportunities for wastage. It is estimated that in the wake of America’s Thanksgiving holiday almost 100kg worth of meat is thrown away and wasted, along with the one million tons of CO2, 95 billion gallons of water and $275 million that went into its production.

And while we might deride our American counterparts for such wastage, Australian statistics are no more flattering. Indeed, it is estimated that collectively Australians are wasting $5.2 billion worth of food each year. Research shows that Australians spend $7.6 billion on food in December alone, and almost 20% of the food purchased is wasted. A national Foodwise poll revealed that 59% of people admitted to throwing out more food during the festive season.

But there are ways to combat this culture of wastage. A few years back environmental action group Do Something! launched National Leftovers Day on Boxing Day, encouraging Australians to cut down on Christmas wastage by eating leftovers and finding creative and effective ways of “reusing” their food. Hundreds of recipes that increased the mileage of their Christmas feasts were posted on the FoodWise website, including tasty ideas like roast turkey pizza and vegie frittatas.

Food wastage is an issue that contributes to a range of problems, not only an increased financial burden for Australian families, but also an environmental one, with most wasted food going into landfill.

Founder of Do Something! and Planet Ark, Jon Dee, believes that wasted food is just as bad for the environment, as it is for our wallets.

“Given that Australians are throwing away three million tonnes a year of food that obviously has a major impact from an environmental standpoint. It’s estimated that it could be as high as 13 million tonnes of greenhouse emissions.”

And as we look at the bigger (and more shocking) picture, we are given yet more reasons to battle food wastage.

A report released earlier this year by the UN Food and Agriculture Organisation (FOA) revealed that one-third of the world’s food produced for human consumption is either lost or wasted each year. As outlined by the report, both industrialised and developing countries waste or lose roughly the same amount of food, about 670 and 630 million tonnes, respectively, each year.

Though most of the food wastage in developed country occurred at the consumer level, food loss in developing countries is caused mainly by weak infrastructure, involving poor storage, processing and packaging facilities that lack the capacity to keep produce fresh. This results in a lower income for small farmers, increasing food insecurity and rising food prices — all evidence of a broken food system.

Food wastage is clearly a global phenomenon, and a concerning one at that. Thankfully in Australia’s privileged position it can be significantly curbed by simple, doable actions — though it will take larger, more radical steps by governments and corporations alike to prevent the dire amount of food loss occurring in developing countries. These are some of the many issues Oxfam’s GROW campaign seeks to address and hopefully forge some solutions along the way.

So this year enjoy your festive feasts wholeheartedly, and ensure you enjoy the leftovers with just as much gusto. We can’t fix the broken global food system without a conscious and exerted effort by both governmental and corporate players on a much larger scale, but we can undoubtedly change our household food systems and eating habits for the better, both during this festive season and well beyond.