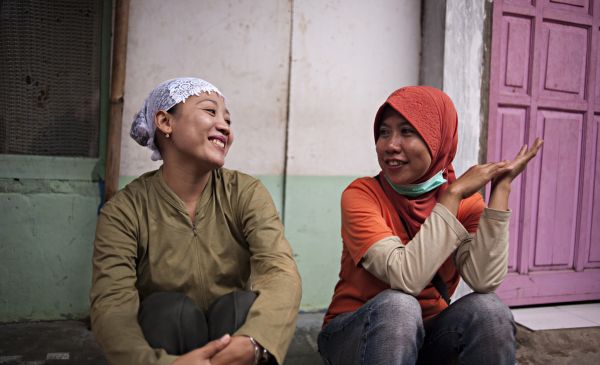 Adopted in June last year, the Freedom of Association Protocol was the product of an 18 month negotiation process between Indonesian unions, factory management and international brands, including Nike and Adidas. The Protocol binds the parties to a set of standards and procedures to ensure that factory workers have the freedom to form unions and organize for their rights.

Indonesian law has required respect for freedom of association since the country ratified ILO Convention 87 in 1998. However the Protocol provides greater detail on what this freedom means in practice for factories and workers who are trying to achieve better conditions. It also requires brands to take direct responsibility and ensure workers’ rights are implemented in their supply chains.

Indonesian unions KASBI, SPN, Garteks, TSK and GSBI have played a leading role in the protocol negotiations. These unions collectively represent more than half a million workers of whom 70% are women.The negotiation process was supported by a number of local and international NGOs including Jakarta Legal Aid Institute, the Play Fair Alliance and Oxfam.

A new short film, Negotiating Freedom documents the journey of the five Indonesian union leaders who worked together to negotiate the protocol. The documentary focuses on the negotiation process but also explores the role of unions and the broader challenges faced by factory workers who try to organize to claim their rights.

To date, Nike, Puma, Adidas, Pentland, New Balance and Asics have all signed the protocol. These brands source their products from more than 100 Indonesian factories, which employ hundreds of thousands of workers.

On a number of factory floors the protocol is already having a positive impact.

Parto, a union leader from KASBI, told Oxfam that the protocol has resulted in increased recognition of unions. ‘Not all the commitments in the Protocol have been fulfilled; but at least we are seeing workplace unions being acknowledged by factory management.’

Elly Rosita Silaban, president of Garteks union, recalled bringing copies of the protocol to a recent meeting with management in a factory producing Converse sneakers.

According to Ms Elly, after reading the Protocol the factory management agreed to implement several of its requirements. This included allowing a number of union officials to be released from their production line duties to concentrate on organizing activities. ‘Workers have also been given permission to participate in educational opportunities organized by the union,’ said Ms Elly.

But while there has been some good progress in a number of factories, union leaders stress that not all has been smooth sailing. In many workplaces there is still a long way to go.

To address problems in the implementation of the protocol, unions, factories and brands are now developing a dispute resolution mechanism, which they hope to finalize in the coming months.

Oxfam, the Clean Clothes Campaign, the ITGLWF and other members of Play Fair are working to help strengthen implementation of the protocol and monitor its impacts.

As a part of these efforts, Play Fair has asked all the brands to report on steps they have taken to implement the protocol. So far responses have been received from Adidas, Pentland and Asics.

Play Fair will also be launching a public website to monitor the protocol and to promote its implementation.

In the long term, Indonesian unions hope that all the major global brands manufacturing in Indonesia, including Wal-Mart, Levis and Gap, will sign the Freedom of Association Protocol and show genuine support for workers’ rights.

Learn about the making of the protocol