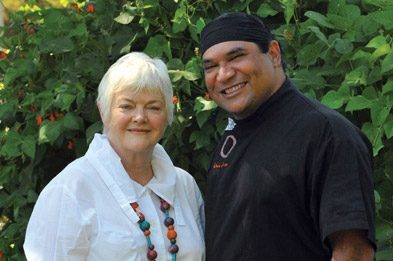 Established in 1996, National Reconciliation Week (NRW) falls between 27 May and 3 June every year.  Far from being coincidental, these dates mark significant milestones in Australia’s path to reconciliation.

The starting date, 27 May, is the anniversary of the 1967 national referendum, in which more than 90% of the Australian population voted for the removal of two discriminatory references to Aboriginal and Torres Strait Islander peoples in the Constitution. The closing date, 3 June, marks the anniversary of the High Court of Australia’s historic Mabo decision, which paved the way for Native Title land rights.

Each year, NRW revolves around a theme: in 2012, it’s ‘Let’s talk recognition’. Explaining the theme on their website, Reconciliation Australia suggests focusing “on how Australians can better recognise each other, and recognise the contributions, cultures and histories of Aboriginal and Torres Strait Islander peoples.”

Constitutional recognition is a logical extension of this. Despite the success of the 1967 referendum, the Australian Constitution still needs work. Currently, it doesn’t recognise Aboriginal and Torres Strait Islander peoples as the first Australians. Nor does it always treat all Australians equally.

Read more about the movement for Constitutional reform here

Almost 300 events have been registered across Australia, so you’re sure to find something happening near you.

Search for an event in your area here

See what Hugh Jackman has to say about NRW: