Aid & development, Campaigning for change, Food & climate change article written on the 08 May 2015

From droughts in Australia to cyclones in Vanuatu, we’re all feeling the effects of climate change. But droughts, floods, storms, and other extreme weather affect some of us more than others. The carbon footprint of the world’s 1 billion poorest people represents just 3% of the global total, but as climate change advances, poor communities are hit the hardest.

Even though the world’s poorest people are on the front lines of climate change, they’re not giving up. Here are 10 ways they’re adapting and fighting back.

1. Connecting communities so they’re prepared and ready to respond when disaster strikes

Before Cyclone Pam hit Vanuatu, Oxfam had been working with communities across the archipelago to build resilience to climate-related disasters and connect community priorities with national and international decision makers.

Over the past month, we have been helping to coordinate the humanitarian response to Cyclone Pam at a national level, and working hard to provide safe water and sanitation to communities most impacted by the cyclone.

“We have a lot of lessons from Vanuatu that can influence change, but unless these lessons are echoed at higher levels, transformative change will never happen” said Shirley Laban, Vanuatu Climate Action Network Coordinator. 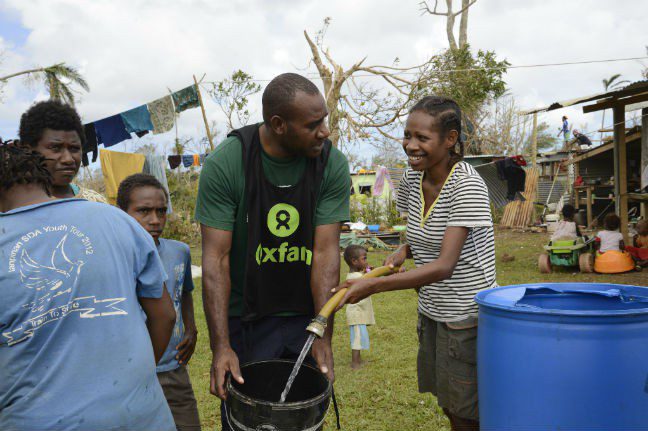 2. Going back to school—farmers’ school

At Oxfam’s Climate Resiliency Field Schools in Mindanao, Philippines, farmers like Josephine Alad-Ad learn about new farming practices, new technology, and crop diversification. “It feels good to be doing something to try and improve life here and adapt to the changes we are experiencing,” said Alad-Ad. 3. Raising dairy cows instead of growing crops on a flood plain

When flooding destroyed crops in their village in Bangladesh, women like Saleha Begum worked with Oxfam to start their own dairy business, giving them a more secure source of income. 4. Taking out “weather insurance” to protect against drought

Can ancient knowledge solve today’s problems? Indigenous women in the Amazon believe that it can. They’re using ancestral methods of harvesting and planting crops to help them adapt to changes in the climate. High in the Peruvian Andes, rainfall shortages, periods of intense cold, and other extreme weather are making it harder for farmers to grow crops and raise livestock. So farmers like Julio Huilca Qqhue teamed up with Oxfam to build reservoirs, irrigation systems, and more. 7. Planting gardens in the middle of the city

In the busy streets of Kampala, Uganda, Harriet Nakabaale’s Camp Green is like a beacon. It bursts with living things, all of them edible–an important survival tactic in an urban area where the high cost of buying food can saddle a family with relentless poverty.

8. Speaking out as activists

For rural women like Ipaishe in Zimbabwe and Rosario in Bolivia, the effects of climate change are immediate and personal. That’s why they’ve become campaigners, calling on their governments to do more to help farmers adapt. “I speak as a farmer, but we all need to get together to pressure the people in power,” said Rosario. With Oxfam’s support, millions of farmers in Vietnam, Haiti, and beyond have embraced an innovative method that allows farmers to produce greater yields while using less water and fertilizer and fewer seeds. The method also reduces emissions of methane, one of the most prevalent and dangerous greenhouse gases. 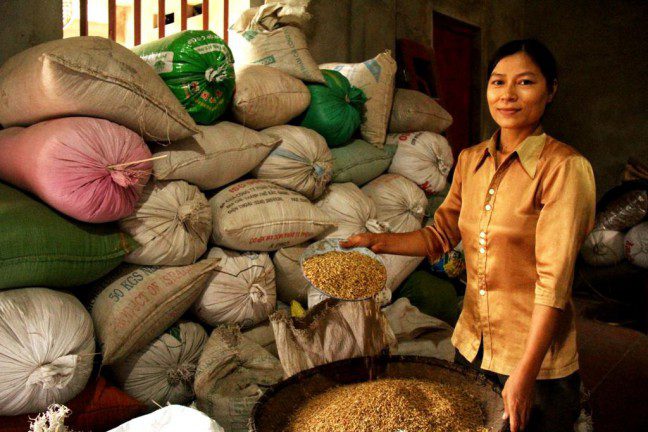 Watch to see how a 29-year-old poet from the Marshall Islands brought leaders to tears at the UN climate talks last year.

How you can help:

All of these efforts are making a difference. But as the effects of climate change become more severe, poor people will need more resources if they’re going to fight back. Here’s what you can do:

Tell the Australian Government to clean up its act on climate!

Right now, the Abbott Government is deciding what contribution Australia will make to a new global climate agreement in Paris this December. We must put the people living on the front line of climate change first. Stand with the people of Vanuatu and vulnerable communities around the world to demand climate justice and sign the petition now!

Climate change could increase global hunger and make staple crops like wheat and corn more expensive. So it’s ironic that some food companies are actually contributing to the problem. See which two food giants actually took steps to help last year—thanks to customers like you—and find out how they measure up now.

Your support can help reach those most affected by Cyclone Pam with emergency relief. Clean water, hygiene kits and shelter will help to rebuild people’s lives in the wake of this disaster. Donate to the Cyclone Pam appeal now!