What would you do if you were President for a day?

In the field, Water, sanitation & hygiene article written on the 10 Jun 2015 Urban developments, otherwise known as slums, are quickly spreading across Kenya’s capital, Nairobi. With them comes a huge threat of disease and poverty for the hundreds of thousands of people who call the slums home. Read the stories of 10 kids from the Mukuru slum and their dreams for the future.

Kenya is experiencing rapid urbanisation. It’s estimated that by 2050, half the Kenyan population will live within a slum. This rapid urbanisation poses a myriad of challenges — 90% of people who live in slums already have no access to basic sanitation. Disease is rife, and the threat against human life — especially children, is huge.

In Nairobi, Oxfam works with partners to tackle major sanitation issues with a long-term, sustainable approach. Biocentres help produce clean water, minimise human waste and provide access to a clean, safe toilet. Recycling plants minimise rubbish and create opportunities for young people. But it’s the installation of the waterless Fresh Life toilets in the schools of the Mukuru slum that’s having a truly remarkable effect.

For many school children in the Mukuru slum, the introduction of the Fresh Life toilets are the reason they are now coming to school regularly. These are not just toilets — they’re keeping kids healthy and enabling education — their best chance of lifting themselves out of poverty.

Oxfam’s Mora McLagan visited the Mukuru slum in Nairobi to ask the children of Mukuru what they wanted to be when they grow up and what they would change if they were president for a day:

At Jaombi and Rueben community-run schools [in Mukuru] I asked children what they thought about life in Mukuru. Most saw Mukuru as an entirely different place to Nairobi, the city they are supposed to be a part of. Their interviews speak volumes about inequality in Kenya and the gulf of opportunity between rich and poor. But they were also full of ideas and solutions. I asked all children; “What would you change if you could be president for one day?”

Their answers bowled me over.

Polycarp, 13 years old, Jaombi Foundation School: ” I would try to help the helpless” “It’s not that bad in Mukuru, but I would prefer not to live here. It’s different from Nairobi. If it rains there, you don’t have to wear gum boots but here because it’s so muddy, you must have boots to walk around. There are also many sick people here, my family gets sick with pneumonia and we are forced to buy medicines, but they are very expensive.

If I was the President of Kenya, I would change the environment in Mukuru, especially the roads. I would make them passable. Mud is the problem here. I would try to help the helpless as well.” “I like maths, because for me it just like joking and playing with numbers. I want to be an accountant when I grow up, work in a bank and encourage people to keep their money safe.

“If I was President, I would bring better security to Mukuru and also open a hospital here. In Mukuru a lot of people get sick, but when you go to hospital in Nairobi there are far too many people on the ward. If I built a new hospital we could just have five people on each ward. I would also build new roads here, so there are not so many accidents.”

Deriyne, 11 years old, Rueben School: “I want to be a doctor so that I can treat the sick” “My favourite subject is science because for you to be a doctor, you need to do a lot of science and that is what I want to be. I want to be a doctor so that I can treat the sick, and help my family and my parents. I think everyone should have medicine. People get sick in Mukuru because they drink dirty water, or they go to the toilet and there is nowhere to wash their hands. Or they get sick because they eat food with dirty hands.

Antony, 14 years old, Rueben School: “I would impose security so that people do not steal and are safe” “It’s important to go to school to achieve my future goal, and learn knowledge for my life. People do drop out, and others die if they are involved in crime or if they get sick. I know a boy who went to steal and was lynched, he was about 15 years old. Kids round here steal because they don’t have parents, and so they have to steal to feed themselves.

“Nairobi is very different from Mukuru. In Nairobi they have nice houses with concrete, but here it is iron sheets, it’s not good. The government should try and help the children here by building concrete houses, so that when there are fires, children don’t get burned. After the boy I know who was lynched was killed, his friends burnt the house down of the man who did it as revenge. If I was president, I would impose security so that people do not steal and are safe.”

Diana, 13 years old, Rueben School: “I will try and help as many people as I can” “I want to be a judge when I grow up so that I can maintain laws and maintain peace. I like going to school, you get an education. Without an education you can’t get anywhere in life. If I was President, I would bring tight security to Mukuru. I don’t feel safe here walking around, and people can come into our houses and steal. I would like to live somewhere when I grow up where my house is safe. I would like my house painted blue colours, it would have stairs and also a swimming pool. I once saw a house like this on television.

Dominic, 14 years old, Rueben School: “I would bring toilets to the country” “My favourite subject is science because it’s all about the environment. I like plants and crops, and I like planting things. At home I grow onions and kale. When I grow up I would like to be a pilot, but farming vegetables as well.

If I was President of Kenya, I would make good roads for transport and ensure every constituency has toilets. I would make sure that there were no street children, and I would bring toilets to the country. Sometimes the water here is very dirty and you can’t use it. You may be contaminated and get ill. The rich people in Nairobi should not look at the poor and treat them like slaves. They should take care of the needy people, especially the children.”

Irene, 13 years old, Rueben School: “I would build many hospitals” 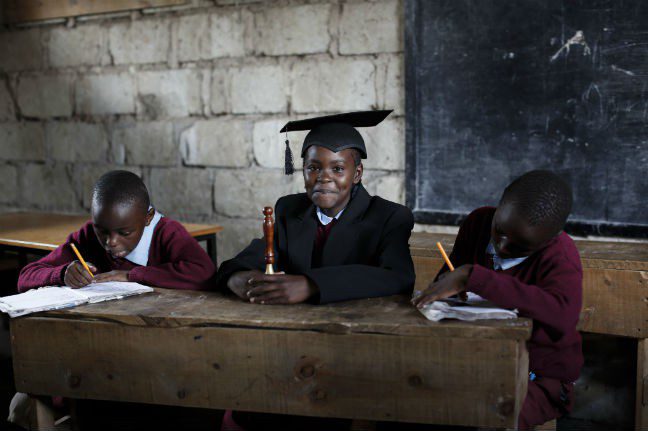 If I was the President of Kenya, I would build many hospitals so that if someone is sick, they can be treated. I would also work with Freshlife, to make sure they bring more toilets to Mukuru. “My favourite subjects is mathematics. I would like to be a meteorologist, so I can study the weather. For boys growing up here it is bad. It impairs peoples minds, and boys get exposed to the wrong things. It makes many people drop out of school. It’s important to go to school so you can know about things, and get a better future.

Yusra, 14 Years old, Rueben School: “I want to be a doctor to help people” 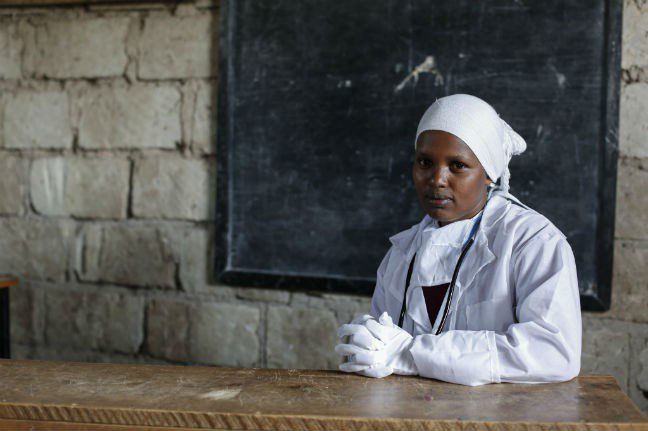 “I want to be a mother some day but not now. I want to be a doctor to help people when I go back to my village. Some people in my village don’t go to the hospital, they just use shops to buy medicines and they don’t know what they’re suffering from. If I was a doctor I would be able to see what was wrong. If they had malaria I could give them something for malaria.

“It’s dangerous to use the pit latrines here, because you can get a disease like cholera. Before the Freshlife toilet at school there were faeces everywhere, and nowhere to wash. The smell was very bad and I would get ill. You have to pay for water here. One jerry can is 5 schillings for 20 litres. Each day, just for washing clothes, you use 8. The water is not clean enough to drink, you must boil it or put ‘water guard’ (treatment) in it. Some people drink the water though, and it gives them cholera.

“What I like best about school is to be with my friends and play with them, and to learn more things. My favourite subject is science and maths. I like to learn about how to keep yourself clean, and prevent diseases.”

Pauline, 13 years old, Rueben School: “I would change things for people who live normal lives like me” 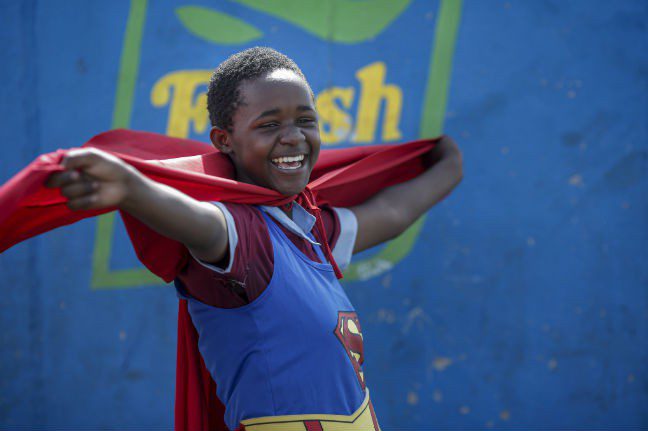 “I would help them because we have the same blood, and all of us here are Kenyans, we are all the same. Let’s say for example, their house had been burned, I would send things to help them and give them food and shelter, so they have a house to sleep in.”

All photos by Sam Tarling/OxfamGB