Which biomes are able to produce food?

Biomes exist on land and in oceans and differ according to their location and geographic characteristics.

Topography (the shape of the land), climate and soils mean similar land biomes can have different species of plants and animals.

Food can be produced from different biomes when people change the environment for example by ploughing the land, building greenhouses to grow plants, draining swamps and wetlands, building terraces on slopes etc.

This map shows the world’s major land biomes. Look at the distribution of biomes across the world. 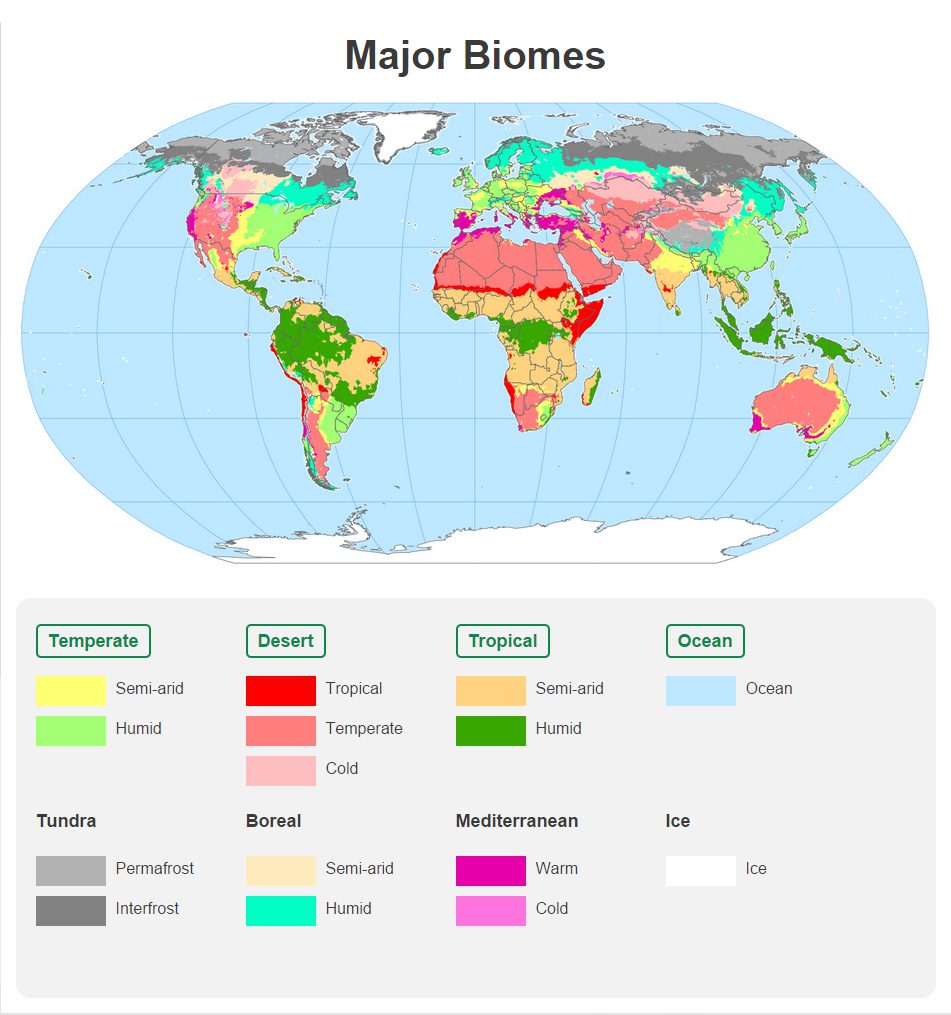 Look at the image below and study the key carefully. Notice that the darker the colour the closer to one hundred per cent coverage of the area is for a form of agriculture, either cropland (yellow) or pasture (green). Compare the map of land used for agriculture with the map of biomes – figure 1.

When people can grow food in a biome, they have access to nutritious, safe and sufficient food for a fit and healthy life, then the region can be said to be food secure.

Visit this site that looks at global food levels in 125 countries across the world, to determine whether a country has food security.

A photo essay is a collection of images that are placed in an order that tells the progression of events, emotions, and concepts. Photojournalists use photo essays as a story-telling technique using visual images.

Check out the map below. When you click on it, the map will open in another window. For four biomes you will find a photo essay showing the biome and the changes people have made to that biome to grow food.

Look at each of the photo essays and write an answer to the following questions:

Option 1: Work in groups of three. Choose one of the global biomes that don’t have a photo essay created in the above clickable map – Tundra, Boreal, Mediterranean – to create their own photo essay.