Campaigning for change article written on the 12 Aug 2010 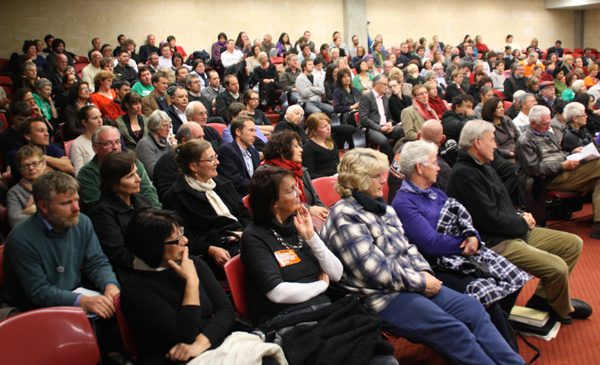 More than 200 people rocked up to a candidate’s forum in Fremantle where Labor incumbent Melissa Parke MP faced off with 5 other candidates under the brilliant facilitation skills of ABC chief political reporter Peter Kennedy. The local Fremantle Oxfam group, one of the organisers of the forum, raised the following question that was answered by all candidates:

Please explain why you and your party will or will not make these same two commitments to the Australian people.

As the candidates spoke, raging forest fires were taking hold of Russia, horrific floods ravaging Pakistan and mudslides causing havoc in China. On these extreme weather events, Jean-Pascal van Ypersele, vice president of the UN body set up to monitor global warming, the Intergovernmental Panel on Climate Change has said ‘The dramatic weather patterns were consistent with changes in the climate caused by mankind.’ The United Nations says an extra 300,000 people are dying each year because of climate change, while the World Bank says that $75-100B is needed each year to address adaptation costs in developing countries alone.

Most of the candidates supported strong action on climate change but debated exactly what form this would take. Unfortunately neither of the two major parties had policies which offered the urgent action required to address the greatest moral, social, ecological and economic challenge humanity has ever faced including the critical issue of providing of adequate funds for fast-track adaptation finance as agreed under the Copenhagen Accord.

On a more positive note, all the candidates, the ABC’s Peter Kennedy, former Fremantle Mayor Peter Tagliaferri and many other locals signed a giant Make Poverty History postcard calling for Australia to give 0.7% GNI in foreign aid. The postcard will be delivered to Melissa Parke MP next week by Make Poverty History supporters. Melissa is also a supporter of increasing overseas aid to 0.7%. We now need to convince her party (Labor) and the opposition Liberal Party to make this a policy priority to help halve global poverty by 2015.