How illicit arms brokers can slip through gaps

Rights in crisis article written on the 19 Oct 2010 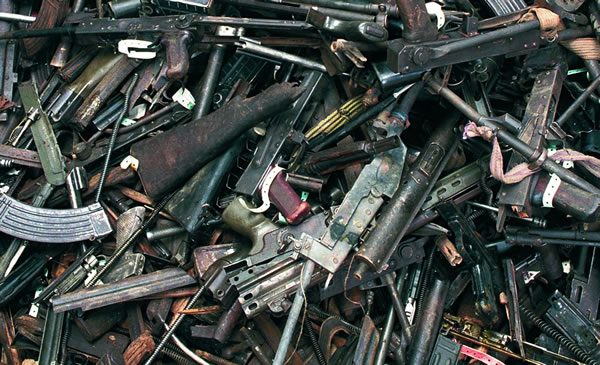 Oxfam International has produced a new report to examine the problem of illicit arms brokering. The report Brokers without Borders: How illicit arms brokers can slip through gaps in the Pacific and international arms control system examines publically available information about one specific case of illicit arms brokering, a 35 ton cache of conventional weapons intercepted in Thailand in December 2009 whilst en route from North Korea to Iran. In an unexpected twist it was soon discovered that the plane chartered to carry out this illegal transfer was leased by a New Zealand registered shell company.

Around the world, only a small number of countries have adopted laws to monitor and control the activities of arms brokers. This means that, unlike other arms trade actors – notably, importers and exporters – brokers have so far operated with few constraints on their actions.

The case demonstrates how illicit arms brokers are able to use global networks of companies and individuals to exploit regulatory gaps between jurisdictions to carry out their transactions with relative impunity. Even the relatively peaceful Pacific, where there appears to be a perception that there is a low risk of the region being caught up in the illegal arms trade, the lack of a regional agreement on the transfer of arms, as well as gaps in company registration systems have been exploited by illicit dealers in one biggest arms trafficking cases of the year.

Oxfam and a range of other NGOs making up the Control Arms Campaign, have been calling for the creation of the first universal, legally binding Arms Trade Treaty to address the inadequacies of the current international arms control system for a number of years. A comprehensive Arms Trade Treaty could provide the framework to resolve jurisdictional issues that allow illicit brokers to avoid prosecution and encourage greater cooperation between states to stamp out such activities.

Download the report Brokers without Borders, or read more about the Control Arms campaign.