The Nepalese impacts of climate change 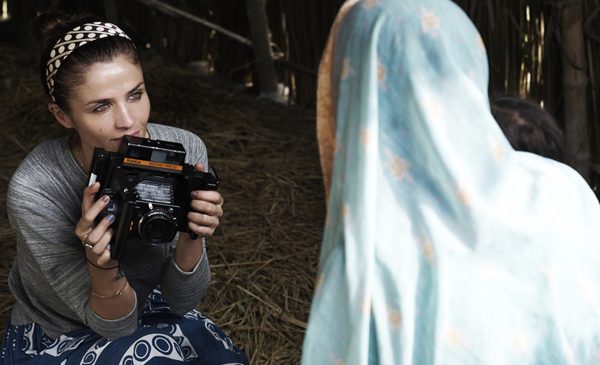 As the evening light rapidly faded, a group of children stood silently posing with wide eyes staring intently into my camera lens.

I was on my second trip with the international agency Oxfam as a Global Ambassador, to see for myself the devastating impact that climate change is already having on some of the world’s poorest people. Last year I travelled to Peru, my mother’s native country, to take photographs that were exhibited at the UN climate talks in Copenhagen, which I also attended.

My pictures were intended to remind the governments at the conference discussing the fate of our planet, that they were negotiating people’s lives and not just numbers. But, despite the huge expectations and efforts from millions of people to pile pressure on the political leaders to deliver, the talks frustratingly ended with very little significant action and none of the tough decisions needed were taken. Climate Change continues to devastate communities around the globe and is set to get worse.

For me personally, it was important to take the time again to meet women and their families in poor communities already hit by climate change, hear their stories and take photographs to raise awareness of what is happening. This time I went along with Oxfam to Nepal, a country suffering tremendously from unpredictable weather changes. We visited a village that struggles with droughts, when there should be rain and then, when the rain finally does arrive, it is so intense and destructive that it destroys their crops and floods their homes.

As I walked around the village of Rampurwa in the southern Terai region, women invited me into their homes and told me their stories, sharing with me their fear for their children’s lives, their livelihoods and their future. These experiences left me in no doubt that climate change is right now actively ruining lives, and it angers me that the very people who could do something to help, are so clearly not listening.

We, as rich countries need to support poor countries struggling to cope with the effects of climate change. Frankly, we can learn a lot from how well people in communities like Rampurwa are working together to adapt and make the changes they need to survive. The international community needs to do the same and work together to make significant progress during the current round of UN climate talks in Cancun, and ensure that money is provided to help poor communities such as the one I had the honour to visit in Nepal.

I fear that Cancun will be a groundhog day just as Copenhagen was, and what is the point then?? I am both frustrated and bored with the leading countries’ hesitations to commit. I am frustrated, because it is so obvious by now, that the world can’t wait any longer for these decisions to be made, and I’m bored writing repetitive articles and endlessly reading many others on the same subject.

But I’m also afraid that people will be numbed into a sense of indifference to the matter, if we don’t continue to make them aware of how much we need the support of our politicians at this moment of crisis.
So, I will continue to talk to the people affected, take photos of their villages and write about their situation, until the leaders commit to making the changes that will save their lives and our planet.

Oxfam Global Ambassador and photographer Helena Christensen visited Nepal with Oxfam in November 2010, to raise awareness through her photography of the effects of climate change.