Oxfam’s position: action on climate change & a price on pollution 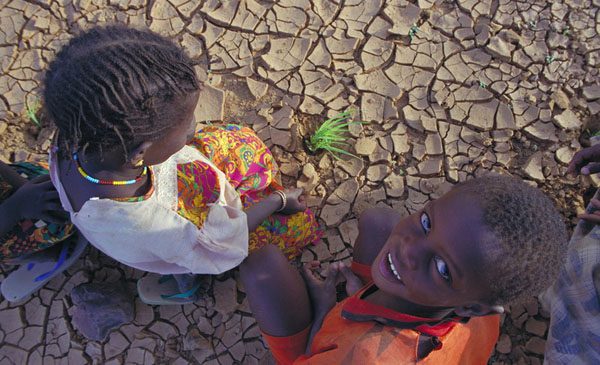 We’re often asked: ‘why is Oxfam calling for Australia to take action to tackle climate change?’. Hopefully we can answer that question here.

Because the communities we work with are feeling climate impacts now.

Climate change is already having a dramatic impact on many of the communities Oxfam works with around the world. Globally 2010 was the hottest year on record and more than twice the number of people died due to weather related disasters – such as floods, storms and droughts – than in 2009. Learn about the impacts our Pacific Island neighbours are facing.

Because Australia, as a big polluter, has the responsibility to cut emissions

As the biggest carbon polluter in the developed world on a per-capita basis, Australia has an obligation to act. Scientists have told us that to address climate change we need to take strong action now to reduce emissions. At the moment, Australia is on course to actually increase its emissions by around 25 per cent on 1990 levels by 2020.

Because the longer we delay action the more it will cost

Rather than enjoying the future benefits of stable economic growth, inaction on climate change means that impacts and associated adaptation costs are set to grow exponentially. These will affect food and electricity prices, personal wealth and Australia’s trade position.

Because we need to act now to ensure a cleaner, healthier future for our world

The newly formed independent Climate Commission recently released their report The Critical Decade which re-affirms that the climate is changing and there is no doubt that human activity is to blame. In the last 50 years the number of record hot days has doubled exposing us to extreme bushfire weather. This is the critical decade for action – the actions we take now will determine the future we leave for our children and grandchildren. The case for action has never been more urgent.

Does Oxfam Australia support a price on pollution?

We support a market based mechanism designed to reduce pollution, such as a carbon tax or an emissions trading scheme, together with complementary policies that support investment in renewable energy and increased energy efficiency. To meet the deep cuts in pollution we need a combination of at least these three measures is required.

Throughout our climate campaign work we have continuously called for Australia to support a fair ambitious and binding global climate agreement that is designed to protect those most vulnerable to climate change impacts, poor people in developing countries, especially women. Find out more about our international work and get involved.

A price on pollution for Australia?

The Multi Party Climate Committee (a group made up of Labour, Independent and Greens politicians) announced on February 24 their plans to have a price on carbon from July 1 2012.

The committee are currently working on the details of how this will be structured and implemented. So now is a critical time to let your local politician know that you support action on climate change.

Oxfam would like to see a price on pollution that targets the big polluters and will leave the average Australian no worse off. We believe that the price should be set in such a way that encourages the most polluting companies to reduce their emissions and switch to cleaner technology. We would like to see the money raised from a carbon tax reinvested into climate change projects, including a small portion to go towards Australia’s international climate finance commitments to support developing countries access renewable energy and help fund other essential climate change projects.

Still have questions about a price on pollution?

Check out these handy myth busting fact sheets from The Climate Institute, or materials produced by the Say Yes Australia campaign, or join in the conversation on our climate change news and networking site A Climate for Change.