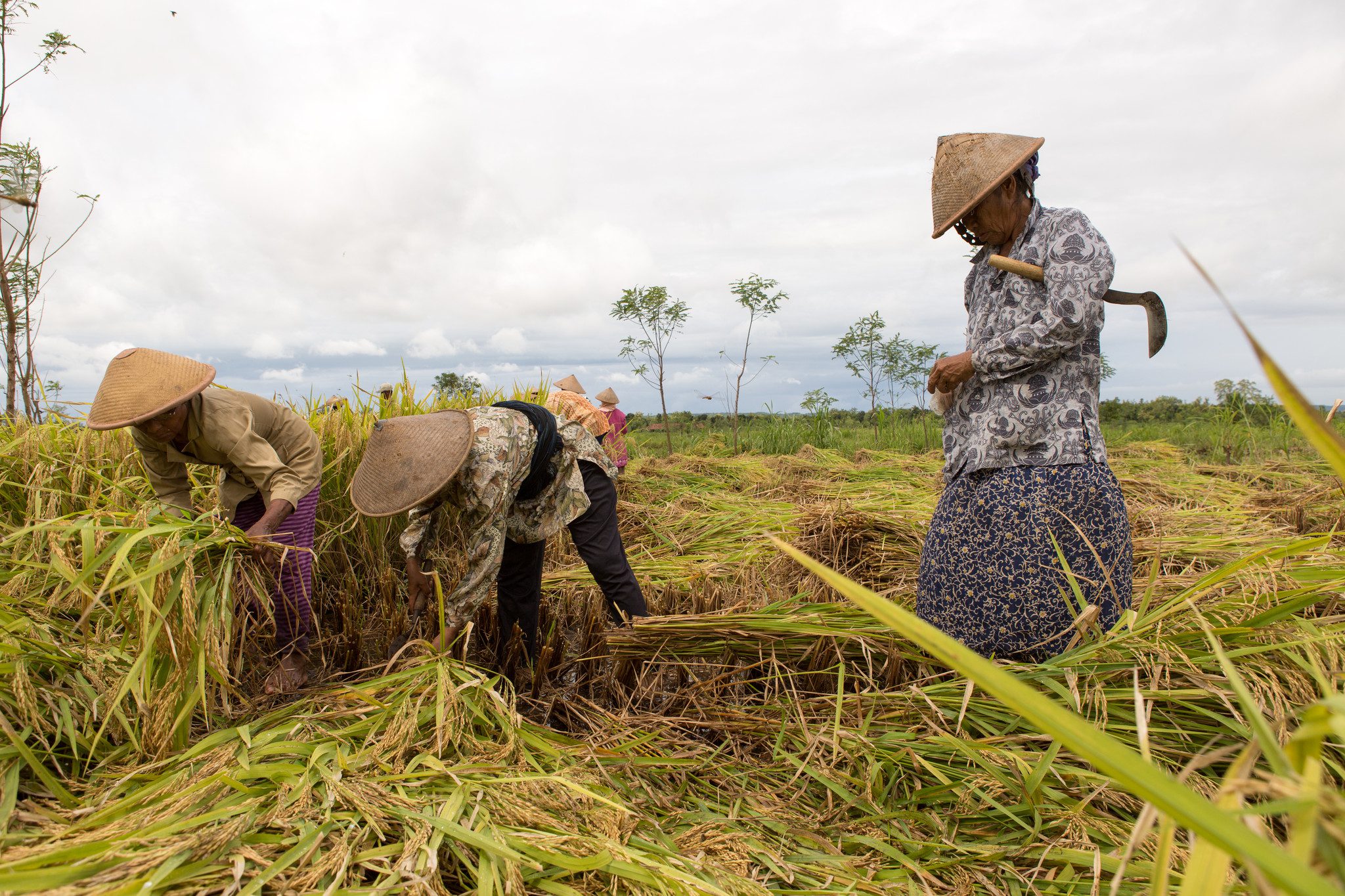 Women work together to bring in the rice harvest. Small-scale farmers often work on each others’ land during the busy times of year to ensure successful harvests.

The 500 million small-scale farms in developing countries are critical to food security; feeding almost two billion people. In countries like Indonesia, rice is promoted widely, and is relied upon, as a staple food source. But many small farmers believe that an over reliance on rice is contributing to hunger in some areas. To reduce this reliance, some are encouraging the planting of traditional, and more environmentally compatible and sustainable food crops as part of the answer of improving food security.

Tackling hunger and achieving a sustainable food system will require both investment and transformation in many different types of agriculture. Neither smallholder farming nor industrial farming alone are “the solution” to global food security. Both are necessary and can be complementary. If women farmers had the same access to resources as men farmers, 100-150 million more hungry people could have enough to eat.