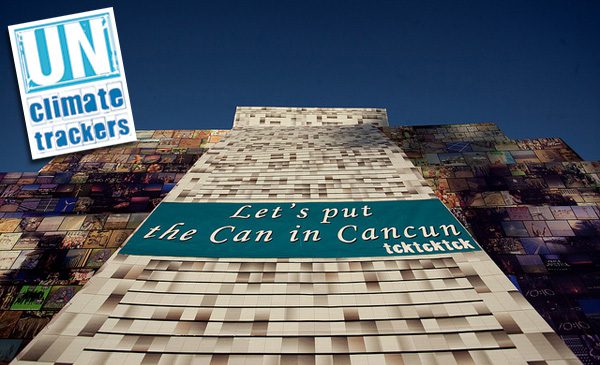 Tension lingers as the crucial UN climate negotiations in Cancun unfold. 194 countries have come together for two weeks to put in place the key building blocks of a climate agreement. It is not anticipated that we will get a full treaty from this meeting. However, there are several different ways Australia can play a powerful and constructive leadership role in Cancun.

Support our Pacific Neighbours
The need for action on climate change is urgent. No one knows this better than our Pacific Island neighbours who face more intense and frequent cyclones and the threat of rising sea levels. In small islands states like Tuvalu salt is now beginning to contaminate the islands’ groundwater and scarce arable land.

Australians want to support the Pacific. A recent galaxy poll released by Oxfam showed that 86% of Australians believe Australia should be doing more to support Pacific Islander communities deal with the impacts of climate change. In Cancun, our delegation should support progressive proposals by the Pacific Islands, both publically and privately.

Support the global climate fund
One of the key positive outcomes that Cancun should produce is around financing for the worlds poor and vulnerable to deal with climate change. In one of my previous blogs I outlined the need for a global climate fund to help poor communities adapt to the impacts of climate change. Australia needs to support the creation of this fund in Cancun. In addition, Australia should support new innovate ways of raising this money through efforts such as the Robin Hood Tax.

Close logging loopholes
Known as ‘logging loopholes’ there are proposed rules for a climate agreement that would allow countries to include reductions below projected rates of logging as a part of the net emission reduction. Let me explain.

Logging produces greenhouse gas emissions. Carbon dioxide is released to the air when vegetation is killed and soil is disturbed. Under climate treaties countries set a ‘base year’ for logging emissions from which all other years can be judged.

After extensive Howard-era lobbying Australia was allowed to set 1990 as its base year. During this year Australia had an abnormally high rate of deforestation. As a result, under our Kyoto Protocol commitment, Australia has been able to substantially increase its pollution from other sources because these increases have been offset by ‘reductions’ in our base year.

Australia needs to lead the way in amending the Kyoto protocol so that this loophole is closed. And at the very least, Australia should not enable any more loopholes to be made.

Further engage diplomacy
Any future climate agreement needs to be legally binding so that countries are obliged to meet their emission reduction commitments. Australia can play an important role by continuing to publically support and build support for countries to agree to a legally binding climate deal. More specifically, Australia should support a strong mandate for a new legally binding instrument for mitigation, adaptation and finance.

To achieve these goals, Australia should also work privately through diplomatic talks with countries that are blocking progress. When the Minister for Climate Change, Greg Combet, arrives in the second week of the talks, he needs to engage constructively with key players to build political consensus around the need for a legally binding agreement.

Moving Forward
With the arrival of Minister Combet will come real decision-making power. What I have outlined here represents just a few of the elements that Australia can positively influence. By negotiating ambitiously and generously, Australia can be a leader. And leaders are desperately needed to move this process forward.

Read the full version of this article which originally appeared on ABC’s The Drum.