Campaigning for change article written on the 03 Aug 2011 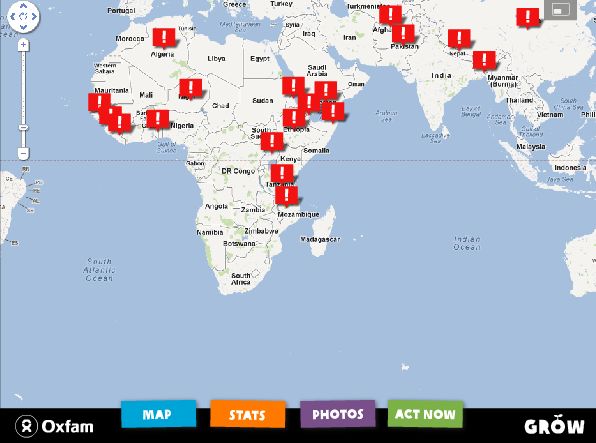 Check out the food price rise map above

We’ve just launched our global food crisis map, detailing a range of locations around the world that are currently struggling with chronic food shortages.

Food prices have hovered near an all-time peak since late 2010 sending tens of millions of people into poverty. In the drought-stricken region of East Africa, where parts of Somalia have been officially declared in famine, food shortages have led to price rises of as much as 240 per cent.

The food price pressure points map shows countries that are highly vulnerable to price spikes, have seen price spikes contribute to violence or unrest, or have suffered extreme weather events that have contributed to price hikes.