Campaigning for change article written on the 24 Apr 2013 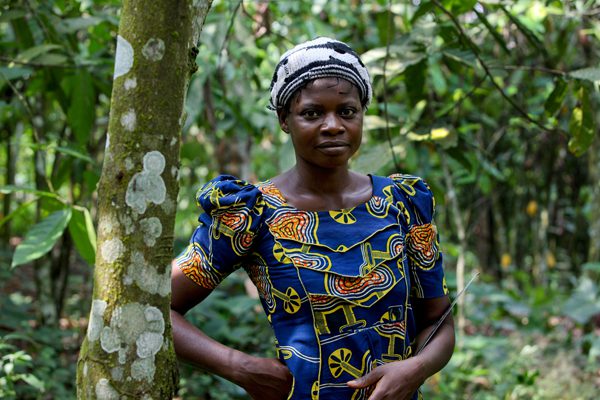 More sweet news today for chocolate lovers: the biggest chocolate maker in the world, Mondelez International who owns brands like Cadbury, Toblerone and Oreo, has agreed to take steps to address inequality facing women in their cocoa supply chains—thanks to pressure from customers like you.

More than 100,000 people around the world joined Oxfam’s campaign, signing petitions and taking action to urge Mondelez and its competitors to tackle the hunger, poverty, and unequal pay facing many women cocoa farmers and workers. You also made your voices heard by sending messages to the companies on Facebook and Twitter.

Today’s announcement by Mondelez follows commitments last month by Mars and Nestlé to address these issues. Together, Mars, Mondelez, and Nestlé buy more than 30 percent of the world’s cocoa—so changes in their policies could have huge effects for cocoa farmers and their families.

“Empowering women cocoa farmers has the potential to improve the lives of millions of people, some of whom are earning less than $2 a day,” said Dr Helen Szoke Chief Executive of Oxfam Australia. We hope that the steps taken by Mars, Mondelez, and Nestle offer an example to the rest of the food and beverage industry that consumers are paying attention to how companies impact the communities they work in.”

Mars, Mondelez, and Nestlé are now taking the first steps to commit to the empowerment of women and to find out how women are being treated in their supply chains. All have agreed to publish the data from first stage impact assessments in one year’s time and to publish concrete action plans to address the issues. Mondelez will also sign on to the UN Women’s Empowerment Principles later this month, becoming the first of the three major chocolate companies to do so.

We’re looking forward to working with Mondelez, Mars and Nestle to ensure they stick to their promises to women. So we can all watch and make sure they stay on track, we have produced a Road Map to highlight all the promises they have made and the dates they have committed to.

You can also stay informed and take further actions through Oxfam’s Behind the Brands scorecard; we’ll be updating this online tool in real time so you can see how the giant companies that make your favourite brands (chocolate and otherwise) measure up.