It’s the time of year where big clothing brands are advertising their ‘Back To School’ sales.

But while big brands are busy trying to sell school uniforms to Aussie families, let’s spare a thought for the women who make their clothes.

Our research shows that while brands like Target, Kmart and Big W make billions in revenue every year, workers often live in shocking conditions.

In countries like Bangladesh, clothing brands can pay the women who make their clothes as little as 39 cents an hour. This is called a ‘poverty wage’ – it means that no matter how hard women work, they are unable to lift themselves out of poverty.

The wages they receive aren’t enough to afford decent housing, food and school fees – and this has a harmful effect on children. During a recent visit to Bangladesh, we heard stories of children being forced out of school early to start work in clothing factories.

Nahida is one of the women we spoke with. She’s 29 years old, and works in a factory that makes clothes for the Australian market. She makes just $155 a month.

Nahida once had dreams of studying and becoming a doctor – but those dreams were put on hold when she had to drop out of school at a young age to work to support her family.

Now that she has a daughter of her own, Rafsana, she’s worried that the cycle might start all over again:

Because I am not educated, I cannot work in another job. If I was educated, I could work as a school teacher and give more to my daughter.

I hope that I can pay for my daughter’s education by working hard and that is what I want most. I love thinking about it.

I will get anything for my daughter in any way I can; even if I have to starve.

Being a single mother, Nahida worries about leaving Rafsana alone while she works excessive overtime to try to make ends meet. Every day is a struggle to afford the basics. And if her daughter falls sick, she has to borrow money to get her treatment.

We know that big brands can afford to pay the women who make their clothes a living wage. Research from Deloitte Access Economics demonstrated that it would cost less than 1% of the retail price of a piece of clothing. That’s less than 10 cents for a $10 t-shirt.

Please sign our pledge to fight poverty in the clothing industry. 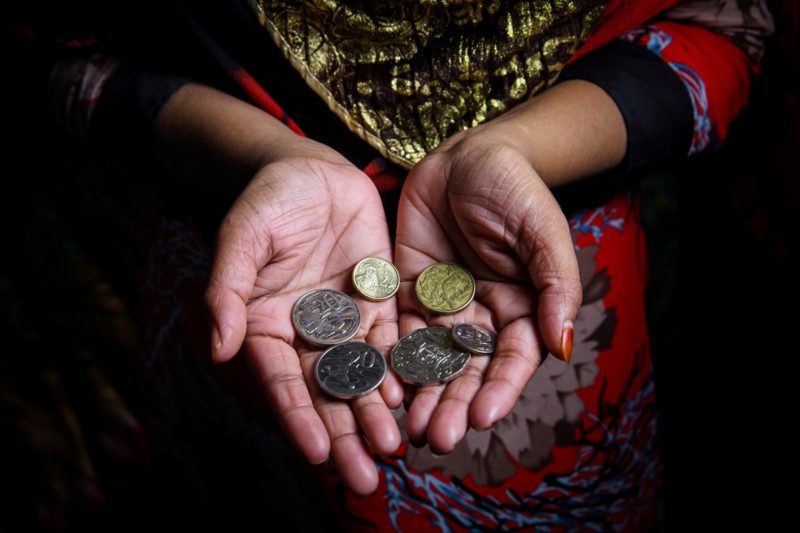 Join thousands of Australians and demand workers be paid a living wage.