Last week, as the Australian Government was busy using fear and misinformation to attempt to defend its indefensibly weak emissions targets, southern Africa was coming to terms with one of the worst extreme weather disasters ever to hit the Southern Hemisphere.

In its 2018 State of the Global Climate report, the World Meteorological Organization has delivered a blunt warning – such extreme weather events are becoming more frequent and will intensify if urgent action isn’t taken against global warming.

Oxfam is working to get clean water and emergency food to thousands of people affected by Cyclone Idai, which has left a trail of tragedy and destruction.  It is feared more than 1000 people have been killed across Mozambique, Zimbabwe and Malawi, and at least 2.6 million people have had their lives devastated. As the waters recede, responders are bracing for the spread of cholera and malaria.

Meanwhile, communities in northern Australia were bracing for two severe cyclones bearing down on the Northern Territory and Western Australia at the weekend – only the second time in recorded history that two category four cyclones have made landfall in Australia within 24 hours.

Climate change is increasing the destructive power of tropical cyclones, with storm surges riding upon higher sea levels and likely increases in maximum wind speeds and the amount of rainfall.

As we wait for today’s Federal Budget and the upcoming Federal Election, two lessons should be glaringly clear to all Australians from this latest humanitarian disaster made worse by climate change.

Firstly, the climate crisis is here, now. We have entered an era of brutal climate damage, fuelled by the reckless inaction of developed countries and influence of the of the fossil fuel industry. 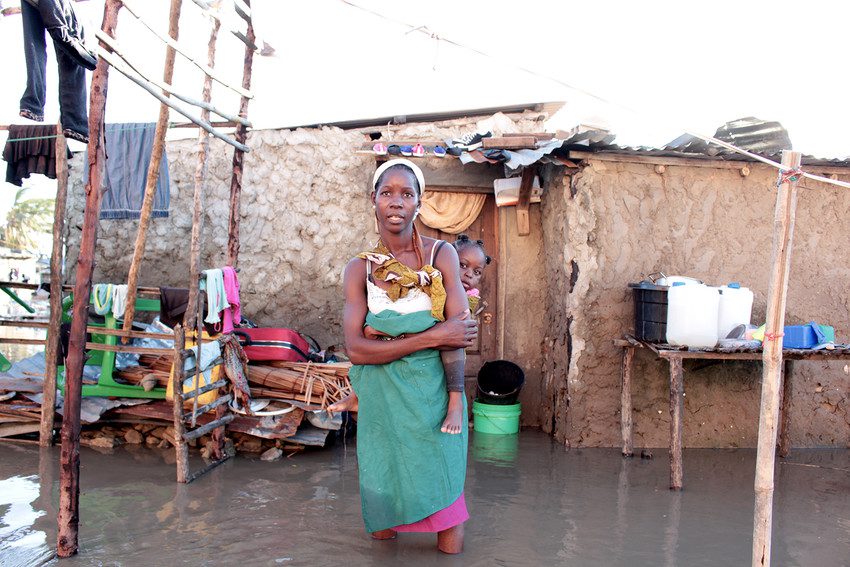 Australians are no strangers to this. From the floods in Queensland to fires in Tasmania, our whole nation has been hurting from Australia’s angriest summer. But while climate change is affecting us all, its impacts are felt still harder by poor communities in developing countries – the same people who have contributed the very least to this crisis and have the fewest resources to cope.

The second lesson is the utter dishonesty at the heart of the Federal Government’s increasingly desperate defence of its current climate policies and targets.

‘Responsible’ is the favourite adjective of Scott Morrison, Angus Taylor and their cohorts to justify their current and almost universally derided commitment to the Paris Agreement – to reduce Australia’s carbon pollution emissions by 26-28 per cent below 2005 levels by 2030.

To get a handle on what ‘responsible’ means in the face of the unfolding climate crisis, we need to remind ourselves of the task before us. Last year, the Intergovernmental Panel on Climate Change (IPCC) warned of the devastating consequences of failing to limit warming to 1.5°C.

Every small increase in warming means greater hunger, more people forced from their land and homes, and going backwards in hard-won battles against poverty and inequality.

Already, at around 1°C of warming, the level of climate disruption is becoming intolerable for communities in many parts of world. To avoid a future of truly existential challenges, the world must roughly halve its emissions by 2030 and reach zero by mid-century. For Australia, a wealthy developed country with a hefty historical responsibility for climate pollution and ample resources to act, we must do better than the global average and ensure we reach zero emissions well before mid-century.

If all countries were to follow Australia’s current lead, we would be headed for a catastrophic 3°C of warming, inflicting unbelievable suffering on communities worldwide. So just how ‘responsible’ does the Government’s 2030 target seem now?

Labor’s alternative of a 45 per cent reduction by 2030, while an improvement, is likewise short of the shift we need. Only the Greens, which have just announced a plan to achieve net zero emissions no later than 2040 and to phase out coal exports, have a response that reflects the gravity of the climate crisis. Oxfam is working at a camp in Mozambique, distributing life-saving supplies to survivors after Cyclone Idai. Image: Micas Mondlane/Oxfam

Whoever forms Government must also set about increasing Australia’s support to vulnerable communities from Africa to the Pacific with adapting to the escalating impacts of climate change and reducing the risk of disasters.

Nobody is pretending that decarbonisation of the economy will be easy. But there is the promise of new jobs, better health and long-term prosperity, if the right policies are implemented.

Clearly, the thousands of young climate leaders who have been taking to our streets are in no way fooled by the Government’s spin. Nor are they satisfied by the strength of Labor’s alternative.

Just like those whose lives were devastated by Cyclones Pam in Vanuatu and Winston in Fiji, or our farmers beset by crippling drought and heatwaves, families in southern Africa will face a long journey to rebuild their lives and to prepare for ever greater challenges in the face of climate change.

Australia has everything it needs to help reduce such suffering and lead the path to a cleaner, more sustainable future.

Today’s Federal Budget may be the last opportunity for the Government to show it has listened to the vast majority of Australians who want to see real leadership on climate change. At a minimum, we must see an end to fossil fuel subsidies, a long-term and large-scale investment in clean energy and greater support to the most vulnerable communities in Australia and our region. In short, a budget that will turn around Australia’s rising emissions and set us on a path to climate justice.