Seeker, Lover, Keeper: How food shapes who you are

2. When the camels die

3. Hunger in the Horn

Food is important to all of us. Food is often the focus for getting together with friends. Who are you eating lunch with at school? Would you like some chocolate? Where are we going after school – does anyone have any food at their house? Can we go out to eat for my birthday?

But there are many people who are hungry. For them, gaining access to good food dominates what happens each day. What do they eat when their animals and crops have died? Where will they get enough money to buy food when food prices go up? Where can they grow food if their land is taken away by big companies? How can they earn a living from the food they grow when the roads are so bad they can’t get to the markets?

We all need food in order to survive. Yet our attitude to good food is largely determined by the ease with which we can access it.

The way we think about food helps to define who we are.

Let’s start by looking at the image below On a chart like the one below, record the words you think of when you look at this bowl of fruit: 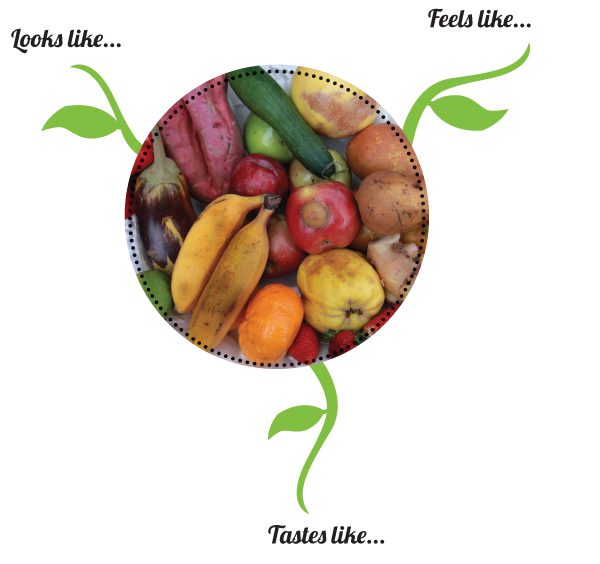 Now think about the way others may respond to this fruit. Use a chart like the one below and write words and phrases that describe how a range of people may feel about the fruit in the bowl: As a class, discuss the following:

Write responses to the following questions:

2. When the camels die

Click on the images below. The first image will take you to Oxfam’s Land is Life photo-story on Flickr. Documentary photographer, Matthew Willman, captured images from the Western Cape in South Africa on assignment with Oxfam staff during a trip to record the work being done by Oxfam partner organisation, Women on Farms (WOF). When you have read the story, answer the following questions:

3. Hunger in the Horn

Watch the first of the Channel 10 reports from the Horn of Africa, recorded for the ‘6.30’ current affairs program. Although this video is from 2011, the effects of the drought are still widely felt and there are still hundreds of thousands of people living in refugee camps.

As a class, discuss the following questions:

Watch the second Channel 10 report from the Horn of Africa, recorded for ‘6.30’

Watch the story about the drought in Africa recorded for the Channel Morning News.

Discuss the following questions with a partner:

As a class, discuss the following statements:

Then, using a table like the one below ( you can download one here), complete a PMI activity in response to this statement: Organisations such as Oxfam want to raise awareness in the Australian community about crises such as the food crisis in the Horn of Africa or other long-term development issues like global food waste. Oxfam believes that, as members of the global community, we need to be aware of how, and why, millions of people around the world are unable to grow and/or access enough food to survive or live healthy lives and what role Australians play in this narrative.

One of the ways Oxfam Australia raises awareness is to get stories reported in the mainstream media. An important part of this process is to issue a media release that will inform and encourage journalists to select their story and report it.

Working in pairs, provide written answers to the following questions:

Complete this activity individually: Draw two figures; label one of them as a person affected by the food crisis in Afghanistan and one of them as you. Around each figure, write words to represent the things that you believe contribute most significantly to that person’s understanding of who they are (this can be about any part of life, not just food related).

While issuing media releases is an attempt to get stories reported in the mainstream media, Oxfam is aware that many Australians are more likely to use social networking tools as a source of information.

Explore Oxfam’s blog pages. Oxfam’s Climate of Change blogs in particular focuses on the global food system, and why one in nine people in the world go hungry everyday.

Read some of the blogs that people have shared about global hunger and how climate change is impacting on people’s ability to have enough food, through th Climate of Change blogs and other blogs about food security.

Then write answers to the following questions:

The texts in this resource have presented a range of information about some devastating circumstances affecting people’s access to good food. They have also challenged you to reflect on how food shapes your own identity.