A bit about modern Cambodia 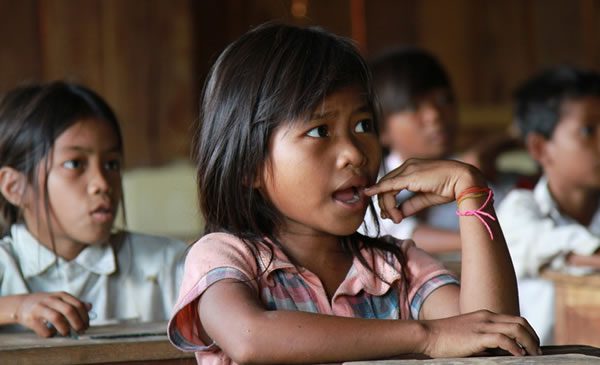 There are millions of things to write about modern Cambodia, so I’ll focus on a few key things that relate to Oxfam’s work.

Recovery Cambodia has had a little over 10 years of relative stability and peace, which is not a long time for rebuilding a devastated country. This has created a very young population with shortfalls in ‘educated’ people, as they were particularly targeted by the Khmer Rouge (KR). Some people were able to study secretly or overseas in other communist countries. Imagine if Australia lost most of its teachers, doctors and other educated people. It takes ages to recover.

NGOs Cambodia has a very high rate of NGOs per capita; aid effectiveness and accountability are big issues. However, many fantastic projects do happen.

Inequality Cambodia’s GDP has grown rapidly over the past few years, but so has inequality. GDP growth is ineffective without fair distribution, but this is regularly forgotten. A book ‘The Spirit Level’ covers this brilliantly.

Food The French did leave behind some very tasty pastries, but I usually opt for the delicious rice, noodles, veggies and lots of the world’s best mangoes.

Exploring many of the above issues is an Oxfam publication: A Citizen’s Guide to Greater Mekong Subregion. At its core, the Cambodian landscape is a dynamic and challenging environment for Oxfam to work. Despite these challenges a lot of great progress is being made. Hopefully the above gives a good, but brief, overview of the Cambodian context.

Think Cambodia: think Khmer Rouge (and civil war for about 20-30 years). Before that time, Cambodia was colonised by the French and before then is where the majority of Cambodian history lies. Cambodia is home to the Angkor temples, which were created as part of the (grand) Angkor Empire. The Empire covered a huge chunk of South East Asia for about 500 years, with Cambodia being the centre of power and culture.

Historically, most South East Asian countries have been in regular tussles over borders and sovereignty. A workmate explained how one Cambodian king had a Vietnamese wife. Unfortunately, they couldn’t have kids, so the wife went back to Vietnam and the King gave her about 20 provinces as a “gift”. This gift is a decent chunk of modern day Southern Vietnam, particularly around the fertile Mekong Delta (the Vietnamese perspective might be a bit different).

The complexities of Cambodian history are well-explained here; it’s a fascinating history.

**Khmers actually refer to their country as Kampuchea, not Cambodia, while Khmer is pronounced Khmae. Why did the translators/colonialists have to complicate it?**