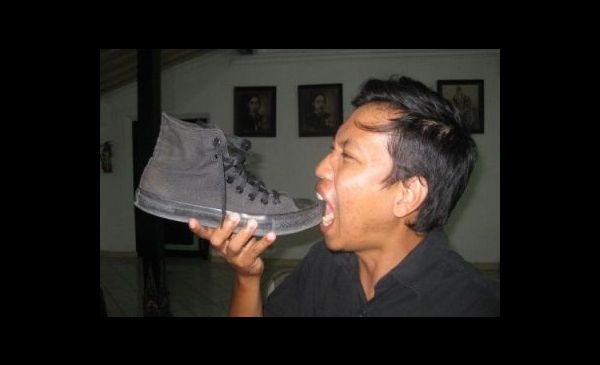 It has been a busy year for the Oxfam labour rights team and our supporters who have contributed to supporting labour rights throughout the past 12 months. Thank you for all of your support!

We have been part of some great campaign achievements through this year. Here are a few:

Historic protocol seeks to protect workers’ rights in Indonesia
On the 7th of June this year a new and important Freedom of Association Protocol was signed by Nike, Adidas and Puma in Jakarta. This Protocol is the culmination of more than a decade of campaigning on Nike, Adidas and Puma to do more to respect workers’ rights in their supplier factories. The protocol sets out how suppliers and brands should support freedom of association and union rights for workers making garments and footwear. The protocol was negotiated over two years between Indonesian unions, supplier factories and sportswear companies and had the ongoing support from Oxfam and the Play Fair Alliance. Three more brands, New Balance, Pentland and Asics have now also signed on. Through 2012 we will be encouraging these brands and their suppliers to ensure that the Protocol is effectively supporting workers’ rights inside sportswear factories.

A ban on killer jeans
Sandblasting denim causes the fatal respiratory disease, silicosis and has been linked to over 45 deaths in Turkey alone! We have supported and worked with the Clean Clothes Campaign to call for an end to this dangerous practice. So far over 30 brands have signed up to the ban including Levi Strauss & Co., Lee and Wrangler.

Here in Australia, Oxfam first contacted The Just Group about sandblasting in February. Over the next 7 months following our initial contact with the company about sandblasting, Oxfam wrote letters and met with Just Group representatives to urge the company to ban the practice. Almost 800 people sent letters to Just Group. Finally on the 23rd September Just Group publicly announced a ban on the purchase of sandblasted jeans, committing to sell out all remaining stock and not place any further orders. This was a great outcome from sustained campaign pressure from our supporters. Well done to all of you who wrote letters!

Supporting fair uniforms
In February this year Buxwear uniforms began the accreditation process with Ethical Clothing Australia! This is a great example of the power of community campaigning; this campaign began in 2010 with a group of school children and Fair Wear campaigners delivering a FAIL report card to Buxwear for not respecting the rights of workers. Oxfam supporters had sent Buxwear letters of encouragement to become accredited to Ethical Clothing Australia. The accreditation process can take a while but this is a great step towards protecting the rights of Buxwear’s workers.

Numerous other brands have also signed up to ECA accreditation including CUE, Nobody, Metalicus and Gideon shoes to name but a few. Visit the ECA website to view the full list of accredited companies.

Recognition at last: A new ILO convention for domestic workers
It was an exciting moment when on the 16th June 2011 the ILO adopted the convention on Domestic Workers. Domestic Workers make up an estimated 100 million workers who are primarily female, working in poor conditions with little access to rights and entitlements. Oxfam supporters helped campaign for the convention an the Australian government was a strong advocate. The protocol guarantees domestic workers a written contract, regulated working hours, health and safety and social security entitlements.

Workers win their entitlements
On the 20th of June 2011 the first of many protests were held outside the Scanlan and Theodore store in Melbourne CBD. The protesters were demanding the $520,000 in unpaid entitlements from Australian supplier Blossom Road that had claimed bankruptcy only to reopen under a new trading name the next day. Some of the workers who lost their jobs at Blossom Road had been making Scanlan and Theodore garments for more than ten years. Oxfam supported the campaing by the Textile Clothing and Footwear Union of Australia for the workers to receive their full entitlements. After four months of protests, phone calls, petitions and negotiations workers finally received their due entitlements. This is a great campaign outcome.

Sneaky Business: Upholding workers rights in global footwear factories
In August we launched Sneaky Business, an online march to support workers’ rights and encourage footwear brands to take responsibility for workers rights in their global supply chain.
Sneaky business is an opportunity for sneaker wearers throughout the world to stand up for workers’ rights…. The march is travelling throughout the world highlighting the conditions for workers’ in the footwear industry. We will be sending the messages to each brand at the end of the march however, Nike has been in contact with Oxfam about our Sneaky Biz demands – so watch this space. Join the online march today or explore our toolkit for more ways to support this action.

In summing up…
Throughout the year there have been many examples of community-led actions holding businesses to account and successfully supporting workers’ rights. Congratulations to everyone involved in the achievements we have had this year. We look forward ti continuing to work with your support in 2012.

Find out more about our campaigns and actions; sign up to Nikewatch, and keep up to date with our blogs.