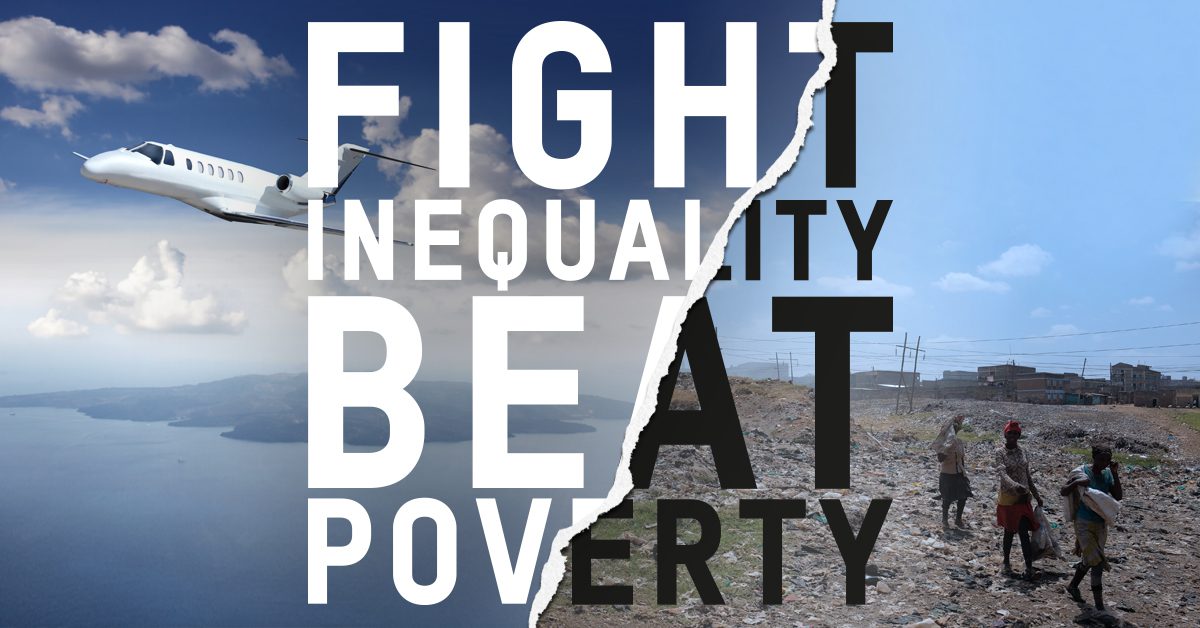 Each year, we work with supporters like you to shine a spotlight on the crisis of inequality. Together, we’ve exposed the injustice of the way our current global economy works, by allowing the already extremely wealthy to accumulate even more wealth while millions of people are trapped in poverty; using their money to buy influence, refusing to pay their fair share of tax, and profiting from the gender inequality that rigs the system against women and girls. We are living through an unprecedented moment of multiple crises. Tens of millions more people are facing hunger. Hundreds of millions more face impossible rises in the cost of basic goods or heating their homes.This report focuses on how taxing the rich is vital to addressing this unprecedented polycrisis and skyrocketing inequality. The report explores how, in recent history, taxation of the richest was far higher; how talk of taxing the rich and making billionaires pay their fair share is hugely popular; and how taxing the rich claws back elite power and reduces not just economic inequality, but racial, gender and colonial inequalities, too.

Inequality is a killer, contributing to the deaths of at least 21,300 people each day. That’s one person every four seconds. This is not by chance, but by choice.

During the first two years of the pandemic the world’s ten richest men more than doubled their fortunes to $1.9 trillion, while over 160 million more people were forced into poverty.

We need governments to prioritise addressing inequality in economic rescue and recovery efforts. They should tax the gains of the super-rich during this pandemic and redirect that wealth to save lives and invest in our futures. And they must redistribute power and rewrite the economic rules that created such violent, colossal divides in the first place. We saw great ambition to build fairer societies in the wake of World War 2—why not now?

While it took just nine months for global billionaire fortunes to return to their pre-pandemic highs, recovery for the world’s poorest people could take more than a decade.

In Australia, our 31 billionaires have seen their fortunes increase by nearly $85 billion since the global COVID-19 pandemic was declared.

This report offers startling new data, shows how inequalities intersect, and connects examples across countries. Crucially, it offers bold solutions. Above all, we are reminded that inequality and despair does not have to be our destiny. In solidarity, we stand ready to form a more equal and just world.

But extreme inequality is not inevitable – it’s a policy choice.

It was clear before the crisis, and is even clearer now, that Governments around the world must act to build economies that are more equal, more inclusive, and that protect the planet.

Read the report to see our five steps toward a better world.

View the report: The Inequality Virus

2020 Report: Power, Profits and the Pandemic

The coronavirus pandemic has laid bare an economic model that delivers profits for the wealthiest on the back of the poorest, with our new report ‘Power, Profits and the Pandemic’ showing 32 of the world’s largest companies stand to see their profits jump by USD $109 billion more in 2020.

We are at a critical juncture. We have a choice between returning to ‘business as usual’, or learning from this moment to design a fairer and more sustainable economy. We believe now is the time to take a good, hard look at the system we have, and start adapting it to become a fairer economy that works for all.

View the report: Power, Profits and the Pandemic

Oxfam’s report, Dignity Not Destitution reveals that in East Asia and the Pacific, 240 million more people could be forced below the poverty line.

View the report: Dignity not Destitution

View the report: Time to Care