Shut out! But its not all bad. 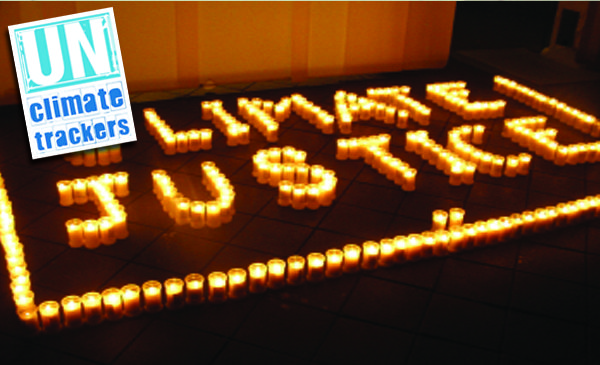 I am currently writing to you from a warehouse somewhere outside the city of Copenhagen. Various NGOs have been scrambling to set up facilities to support continued engagement with the process.

I have now been officially shut out of the negotiations.

To cut a long story short, the UNFCCC allowed too many registrations for this event (around 3 times the venue capacity). Over the past few days they have been reducing the number of people allowed in the centre… as you may have guessed, it is the NGOs (this includes, universities, environmental groups, development agencies, youth constituencies, unions etc.) that have been shut out. Of the over 15000 who were registered, only 7000 were allowed in on Tuesday and Wednesday. I was lucky to be amongst this group.

But then, the UNFCCC took things a few steps too far and has only allowed 300 NGO people in the building for the final 2 days. Yes, that’s right, 300 people. At last count, I think Australia had 3 NGO representatives on the inside (which is more than our quota).

My perspective on this is that some cuts were practically necessary, however, 300 is quite frankly a scandal. There are around 5000 media here who have received very little restriction and around 10,000 government representatives (some countries have over 500 registered attendees).

Whilst, I do not consider my role in the process essential, I know many people from other organisations who provide critical support to developing countries. Most of these people have been blocked out.

The UNFCCC and the Danish Government have made a grave error. Civil society has been sidelined. The integrity of this process has been degraded.

Today….
The events of today has been mixed. I am growing tired of the speeches by heads of state which take 5-15 minutes each and have been going for the past 24 hours. There are over 100 heads of state here…. You do the maths. There are glimpses of inspiration and courage, however, for the large part this is an exercise in repeating known positions.

We have, however, been hearing in the past few hours though that there has been some positive movement. Some of the key progressions are:

In other news, Australia has been awarded its first ‘Fossil of the day’ award from Climate Action Network, an award for countries who are perceived to be impeding the negotiations. This was awarded as a result of revelations that Australia has been pressuring Pacific Islands States to lower their demands.

Stay tuned to the adopt a negotiator website for all the updates over the next 24 hours. And, don’t believe everything you read in the Australian media. I have been following it on line and have found that often it is not reflecting what is actually going on here (I am sure this comes as no surprise!).

What will happen is still anyone’s guess. Heads of states have the power to make these large decisions very quickly.

And… I would like to thank all of you who have sent messages of support over the past day. You will be happy to know that I did get a solid 7 hours sleep and am as ready as I will ever be for tomorrow (if your reading this in Australia that’s your today)

Tracking for you, for one final day,