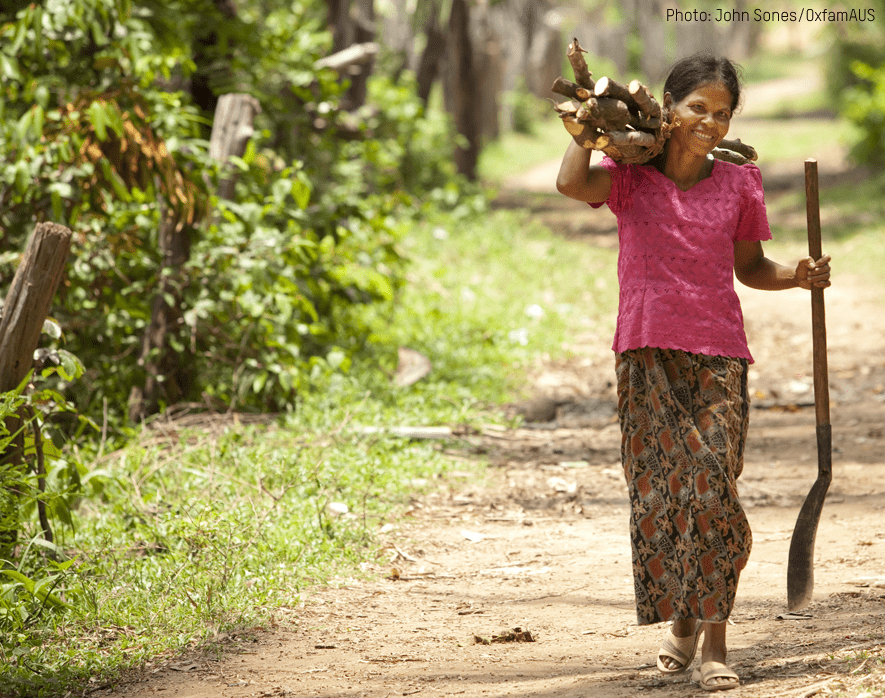 Overseas aid, climate change and its impact on global hunger, and Indigenous health remain important issues after the Coalition’s election win. We are hoping that an Abbott government will work with us on these key issues to improve the lives of some of the most vulnerable people – both here in Australia and overseas.

We remain deeply concerned at the Government’s plan to strip $4.5 billion from the aid program, and the impact this will have on poor and vulnerable people in our region.

Despite this massive hit to Australia’s efforts to reduce poverty, we share the Government’s commitment to ensuring every dollar of Australian aid has the maximum impact on fighting poverty, and hope to work with the Government to continue strengthening the effectiveness of the aid program.

We will also be looking to the new government to play a leadership role in tackling global hunger, urging it to double aid to food security by 2016 and prioritise support to small-scale food producers. Australia currently spends just 8 per cent of its aid budget on food security.

Climate change is also having a major impact on the world’s poorest and most vulnerable people. Rising temperatures, shifting rainfall patterns and extreme weather increase poverty and hunger.

Australia has committed itself to doing its fair share towards keeping the global temperature rise to below 2 degrees. Science has shown this requires a far greater level of ambition than the Government has currently committed to.

If it intends to take an alternative approach to climate action, the Abbott Government must show its alternative policies are capable of achieving the top end of its commitment to reduce emissions by 5 to 25 per cent by 2020, and much deeper cuts after then.

At home we expect the Coalition to continue the government’s progress towards the Constitutional Recognition of Aboriginal and Torres Strait Islander people, as well as the ramping up of ambition to build on the long-term commitment to Close the Gap in Aboriginal and Torres Strait Islander health equality. Bipartisan support for both issues must continue.

Closing the gap on health equality must remain a national priority, so that by 2030, any Australian child – regardless of background – can expect an equal chance at good health and life expectancy.

You can help communities to overcome poverty and injustice in a number of countries by making a donation today.

← Support small-scale farmers and feed communities
Africa Down Under: mining, agriculture and development →
×