Board Chair
Judith is a professional board director and business consultant with extensive experience across corporate, Government and non-profit organisations. In 2001 Judith was awarded Australia’s most prestigious award for women in business, the Telstra Australian Business Woman of the Year. Judith is an entrepreneur, having built and sold her own business followed by many years’ experience as a CEO and in senior executive roles in both the corporate and non-profit sectors, operating across Australia, New Zealand and South East Asia. Judith was CEO of the Alannah and Madeline Foundation for ten years, has since held a number of Interim CEO roles.

Judith has held a portfolio of non-executive directorships in various business sectors for over 15 years. She is a current director of Fight MND and Gardiner Dairy Foundation, and is Chair of the Consumer Advisory Panel at Walter + Eliza Hall Institute. She also sits on Oxfam International’s Board. Former directorships include Australian Red Cross Blood Service, VicHealth, Open Universities Australia, South East Water, Young and Well CRC, Agriculture Victoria Services and Chair of the Lort Smith Animal Hospital.

Judith has an MBA from the Melbourne Business, has studied Senior Executive Management at Harvard and is a Fellow of the Australian Institute of Company Directors. In 2003 she was awarded the Centenary Medal for service to the Australian Society in Business Leadership and received an Order of Australia award in 2018. Aleem has spent more than 20 years seeding and mentoring the development of leading initiatives and social enterprises that advance welcoming and inclusive communities.

He is a mentor and advisor to various startups, community enterprises and government agencies, including: Australian Human Rights Commission, Heart Futures, Our Race, and Regional Opportunities Australia.

As the CEO of Welcoming Australia, Aleem is working with leaders and organisations across the country to cultivate a culture of welcome and advance communities where people of all backgrounds can belong, contribute and thrive. Zainab is an experienced Program Manager who has over 15 years of experience in the international development sector. She has held senior roles with United Nations Office on Drugs and Crime (UNODC), the Foreign Commonwealth Development Office (FCDO) and is currently working for the NSW Department of Planning, Industry and Environment on the Cumberland Plain Conservation Plan.

Zainab spent four and a half years as a Project Lead for a South Asia Association for Regional Countries (SAARC) project on Drug-related HIV. During her time with the FCDO she led high-value grant programs across a range of thematic areas including Poverty Reduction, Humanitarian and Emergency response and Disaster Resilience in Pakistan.

Zainab has a BSc Honours in Sociology from the London School of Economics and Political Science and holds a Master’s in Social Anthropology from the University of Sussex, United Kingdom.

With a keen interest in people management, mentoring, coaching and leading teams, Zainab is currently undertaking a Leadership Certification from the Australian Institute of Management (AIM). She hopes this will help expand her knowledge and skills on leadership in senior management roles and take her career to the next level. 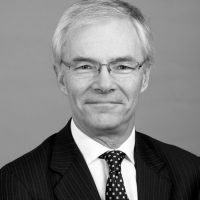 Geoff is an experienced senior executive, director and chairman. He is one of Australia’s leading corporate litigators dealing with major strategic corporate disputes and regulatory matters for a significant cross section of ASX100 listed companies. He combines this with many years of experience in senior leadership, governance and global management positions at leading global law firm Herbert Smith Freehills (HSF). Until 2019 he was a partner of HSF. Geoff is a Director of Lifeline Australia Ltd, a past Chairman and Senior partner of Freehills and former Managing Partner of HSF. Sally is an Executive Director of Impact Investing Australia and is on the Australian National Advisory Board of the Global Steering Group for Impact Investment (GSG). She has extensive experience in finance, funds management and strategy, and has spent many years working in and understanding Asia Pacific markets. She has held senior roles with Accenture, JP Morgan Investment Management and SBC Warburg (now UBS).

Sally is a non-executive director of: ygap, Indigenous Business Australia (IBA) Asset Management and Titan Securities (a NAB securitisation company). She is currently a member of the QBE Classification of Social Impact Committee and the Technical Advisory Group for DFAT’s Emerging Markets Impact Investing Fund. She was a member of the Expert panel of the Social Impact Investing Taskforce in the Department of the Prime Minister and Cabinet and is on the Australian Sustainable Finance Initiative Working Group for mobilising capital. Sally is a Certified Practising Accountant and a Graduate of the Australian Institute of Company Directors and was recognised in 2020 with an Order of Australia award for her work in ethical investment. She holds a Graduate Diploma in Accounting and Finance and a Bachelor of Economics from Monash University. Aurora is a Palyku woman from Western Australia and the Senior Project Manager and Policy Advisor at the Secretariat for the Coalition of Aboriginal and Torres Strait Islander Peaks. Aurora was previously the Institute Manager at the Indigenous Knowledge Institute at the University of Melbourne. She has worked across the government, not-for-profit and corporate sectors. Aurora has a Masters of Public Policy from the Blavatnik School of Government at the University of Oxford as well as a Bachelor of Laws (Hons) and Bachelor of Arts (Hons) from the University of Western Australia. James is a Programs Portfolio Manager for Oxfam Australia, overseeing its work in countries such as Timor Leste, Sri Lanka and Indonesia. With over 15 years of international development and humanitarian experience, he brings a strong technical background as the staff participant to the Oxfam Australia Board. Throughout his career, James has worked on humanitarian response, agriculture, economic development and gender-based programs in South and South East Asia, East Africa and the Middle East. James has a Bachelor’s Degree in Rhetorical Studies and a Master’s Degree in International Development from DePaul University in Chicago, USA. Margaret is a senior international development professional, having held various strategic leadership and management positions in both national and multilateral settings. From 2012 until early 2021, she worked for the United Nations Development Programme (UNDP) in New York, most recently as the Head of the Effectiveness Group and formerly as the Senior Adviser for the Corporate Strategy and Governance Group.

Prior to joining UNDP, Margaret worked for the Australian Agency for International Development (AusAID) for over twenty years. Margaret’s positions in AusAID included extensive country office experience including as Head of the Papua New Guinea and Timor Leste country offices, and an earlier posting in the Philippines. In Canberra, Margaret served as Head of the Pacific Branch and concluded her career with AusAID as First Assistant Director General with a focus on corporate reform issues.

Margaret was also an adviser to the Australian Minister for Foreign Affairs on development cooperation and South Pacific matters for several years. Cliff is a Yamatji man from the Midwest in Western Australia. He is an experienced senior executive with 20 years’ experience in government administration. He is currently the Assistant Investment Commissioner, Northern Territory Government based in Alice Springs. Cliff was previously the Coordinator General for remote service delivery in Western Australia and Director General for the Department of Aboriginal Affairs. He was one of the youngest people appointed to lead a government department in the WA Public Sector at the age of 36 and the only Aboriginal Director General in Australia during his tenure.

Cliff has held several directorships in government and non-government sectors over the last 10 years. He is currently a Director for the Australian Childhood Foundation and Secretariat for the Central Australian Economic Reconstruction Committee. Former statutory directorships include Chair of the Aboriginal Affairs Coordinating Committee and Ex-Officio Aboriginal Cultural Materials Committee. His career focus has been on Aboriginal Affairs, Housing, Infrastructure and Regional Development. 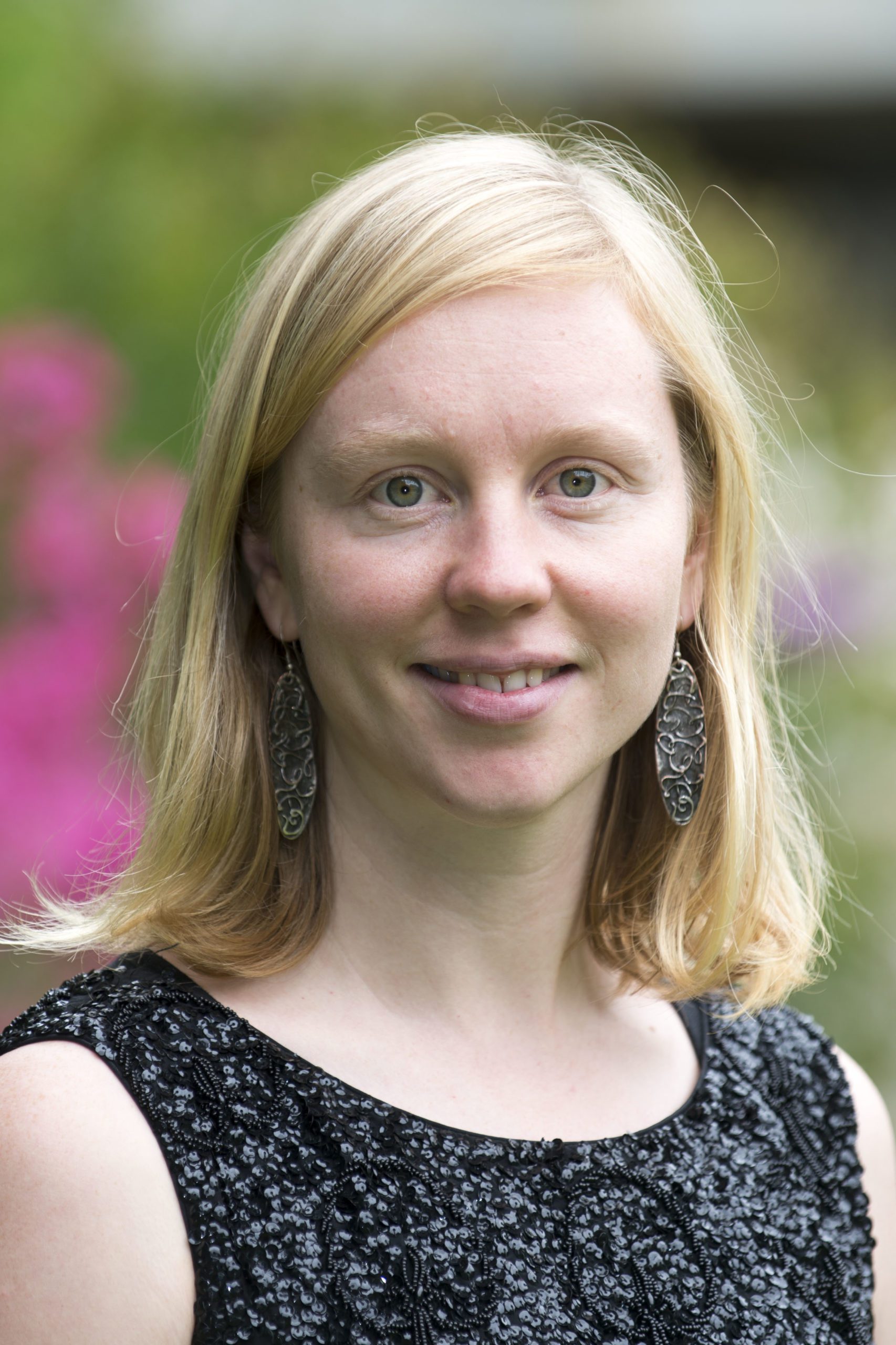 Jasmine is a Senior Lecturer and an Australian Research Council DECRA fellow in International Relations at La Trobe University. Her research expertise revolves around peace processes and peacebuilding in contexts of civil war, inclusivity in peace and development processes, and sexual exploitation and abuse in peace and humanitarian operations, and she has published extensively on these issues. She has undertaken field research in Timor Leste, Bosnia-Herzegovina, Nepal, Cyprus, Palestine, Cambodia, at UN Headquarters in New York and with the humanitarian sector in Geneva.

Jasmine has conducted policy and research work with a range of NGOs including the Humanitarian Advisory Group, International Women’s Development Agency, World Vision, ActionAid and others. Jasmine is a member of the Inter-Agency Standing Committee Task Team on Accountability to Affected Populations and Prevention of Sexual Exploitation and abuse. Jasmine has been extensively involved in designing, delivering and facilitating training for peacekeepers, peace builders and humanitarians globally. She is also a convenor of the Melbourne Free University. Amanda Young is a Pacific Island descendant who has devoted 27 years of her career to reducing inequalities, a sustained commitment which has led her across five sectors: legal, government, commercial, economic and academic. From her first job as a criminal lawyer, she transitioned to designing public policy in challenging domains such as Indigenous wage reparations, police misconduct, Stolen Generations and family violence.

From 2012 she added Indigenous economic development to her focus, from Indigenous business coaching to a transformational period of leadership as the CEO of First Nations Foundation, a national economic Indigenous non-profit. There she developed a national Indigenous financial wellbeing framework, led research on Indigenous finances, built award-winning financial literacy edtech and remote Indigenous superannuation outreach programs. Amanda is a global Atlantic Fellow for Social and Economic Equity from the London School of Economics, has undertaken executive study at Harvard, Stanford and Cambridge, to add to her postgraduate legal qualifications, and is also a non-executive director on the board of Cufa.