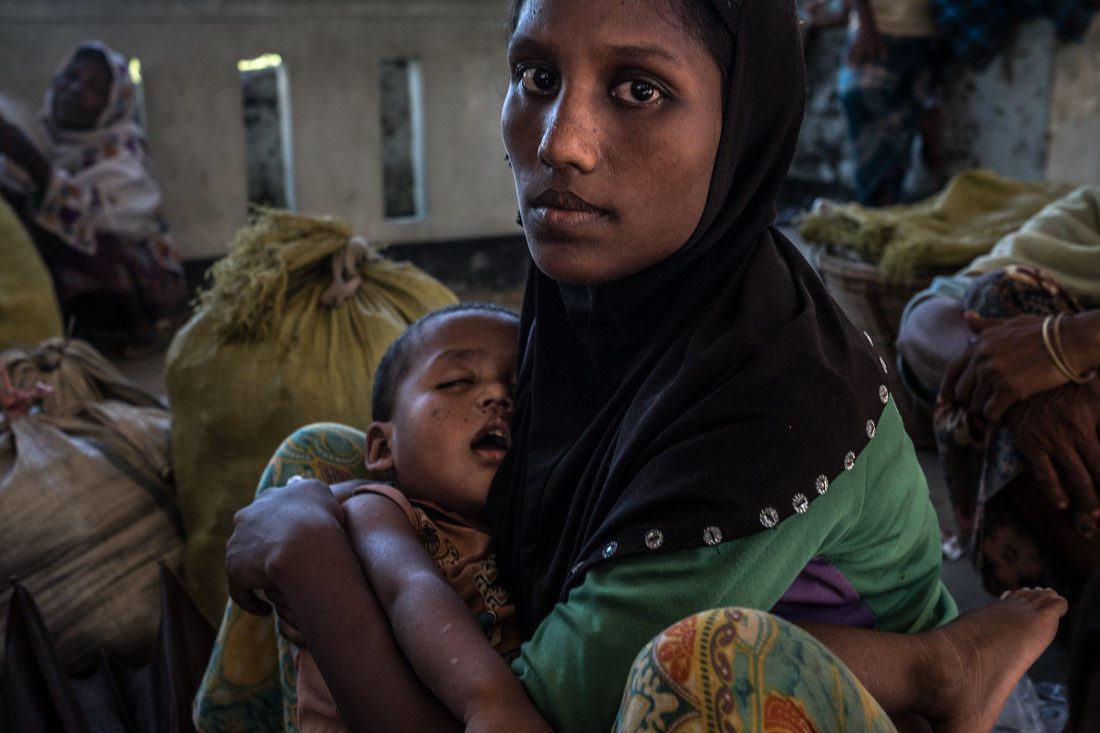 Photo: Tommy Trenchard/Oxfam
\ What we do \ Humanitarian emergencies \ Rohingya Refugee Crisis in Bangladesh

Since August 2017, more than 727,000 Rohingya people have fled violence in Myanmar to seek refuge across the border in Bangladesh.  The Rohingya who have fled join more than 400,000 others who fled previous bouts of violence since the 1990s and were already living in cramped and makeshift camps. This brings the total refugee population to more than a million. This escalating humanitarian and human rights nightmare is the fastest growing refugee crisis in the world. The concentration of refugees in Cox’s Bazar is among the densest in the world, and there are now more Rohingya people in Bangladesh than in Myanmar.

The huge influx of refugees has resulted in a critical humanitarian emergency. The Rohingya refugees faced a treacherous journey across the border fleeing the violence in Myanmar. Families are still in urgent need of life-saving assistance: food, water, sanitation, shelter, health care, and strong support to ensure their safety, dignity and human rights. Many arrived with just the clothes on their backs – they need food, clean water and shelter to survive, but above all they need to feel safe. People are living in makeshift tents in hugely overcrowded settlements. Conditions in the camps are woefully inadequate and unhealthy, with overflowing latrines and contaminated water. They’re largely unlit and dangerous at night – women, girls and children are particularly vulnerable to abuse, exploitation and trafficking. More than half of the refugees are women and 60 percent of these are girls under the age of 18. There are more than 120,000 pregnant women and mothers with new babies who are among those struggling to survive in cramped camps and settlements that are ill-equipped to deal with their needs. Women like Laila (pictured above with one of her two small children). Learn more about her story in our photo blog. Crowded together in makeshift camps with little or no food, shelter and clean drinking water, the risk of waterborne diseases is alarmingly high. Humanitarian support for the Rohingya refugees has not been able to keep pace with the scale of the crisis and needs to be urgently increased.

We are currently focusing on providing water and sanitation and adapting to better deal with the crowded conditions and sheer numbers of people. We have installed solar-powered lights around the camps and provided torches and portable solar lanterns so that refugees — especially women —feel safer leaving their shelters after dark to reach water points and toilets. We’re also providing 24,000 households with vouchers that can be exchanged at local markets for nutritious vegetables and ingredients to supplement their basic rations. So far, we have reached at least 266,000 people. You can help us scale up our response to 300,000. Oxfam Australia is providing life-saving support to 76,360 of the most vulnerable people who have been displaced from Myanmar to Cox’s Bazaar refugee camp in Bangladesh. Oxfam is providing basic water, sanitation and hygiene with a particular focus on the needs of women and girls. This $3 million, one year project (2017-2018) is implemented by Oxfam Australia in partnership with CARE on behalf of the Australian Government through the Australian Humanitarian Partnership Agreement. This is a crisis of staggering proportion. We must act now. Please donate today. Your donation is essential to help Oxfam provide access to food, water and sanitation. donate now