Campaigning for change article written on the 17 Sep 2010 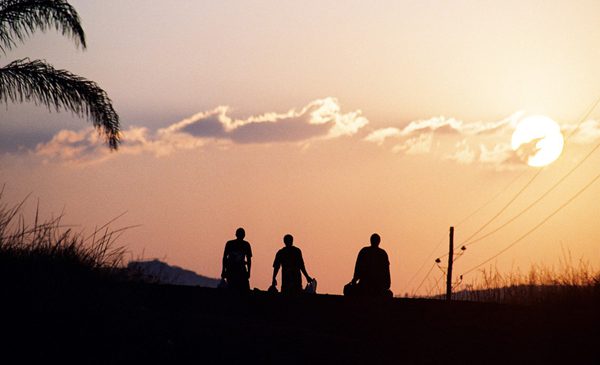 Eight Millennium Development Goals were agreed by the international community in 2000 – the first being to half the number of people living on less than a dollar a day by 2015. Sadly, all the eight MDGs are off-track, and those on maternal and child health and hunger are particularly wide of the mark.

Ten years down the line, UN member governments will meet in New York this week to review progress on the MDGs, and to plot a path to achieve these goals by 2015.

World leaders have been saying the right things ahead of this Summit about what’s needed to get progress in many areas of development – but it just feels all a little half-hearted. What’s distinctly lacking is a concerted global action agenda. This is not good enough when there’s a deadline looming in five years – one which aims to achieve goals on poverty and hunger reduction, gender equality, improved access to education, maternal and child health, combating malaria, tuberculosis and HIV/AIDS.

Governments are under severe pressure: beset by a financial crisis, the ever increasing fall-out of climate change, and a food and fuel crises. The brunt of these crises is being borne by the poorest people in the poorest regions of the world. As a result of the food, fuel and financial crises, 64 million more people are living in extreme poverty in 2010. This is layered on the increasing vulnerability of many communities to the growing threats of climate change. Together these pressures are serving to slow and even reverse progress on the MDGs.

Against this backdrop, many governments are turning shy of their promises to the poorest people in the world. At the G8 Summit at Gleneagles in 2005, leaders promised to increase overseas aid by $50 billion by 2010, with $25 billion of this going to Africa. Of the $50 billion promised, Oxfam calculates only $30 will be delivered. The missing $20 billion is just 0.0006% of G8 GNI, yet is enough to put every child in school or stop millions of children dying of malaria. Only $11bn of the $25bn promised to Africa has reached the continent. This is the poorest continent on earth, yet donors have failed to do more here than for the rest of the world.

The MDG Outcome Document which will be agreed by leaders at the Summit this week notes the need for governments to live up to past promises, and gives the UN a role in ensuring a degree of accountability on government commitments. It also proposes that leaders come together again in 2013 to review progress.

This is a good start, but an action plan for the MDGs is overdue. It’s now up to leaders meeting in New York to decide exactly how they will make good on their promises to the world’s poorest people.

You can take action today!

Call on Prime Minister Gillard and Foreign Minister Rudd to adopt our simple, ten point rescue plan and push for real action at the UN Summit.