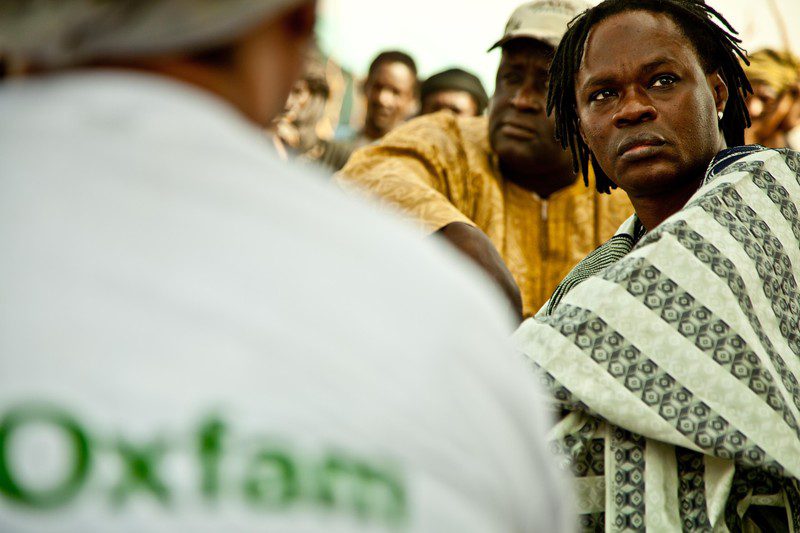 We’re thrilled to announce our latest Oxfam Ambassador, Baaba Maal. The singer, one of the highlights of this year’s WOMADelaide festival, is urging the world to respond to the food crisis in West and Central Africa before it’s too late.

Having just returned from visiting communities in Senegal, he says: ‘In February I travelled to Mauritania with Oxfam and was shocked by how bad things were. But I have just returned from a neighbouring region of Senegal and found that already things are so much worse. As well as the acute lack of food we saw children struggling to find water to drink. Everywhere is dry, wells have dried up and dead animals are littered everywhere.’

More than 18 million people are threatened by this year’s food crisis in the Sahel region of West and Central Africa, including 850,000 in Baaba Maal’s home country of Senegal. In the area of Matam visited by the musician, the effects of drought have hit hard.
Meanwhile, the region is also dealing with some 320,000 displaced people forced to leave their homes as a result of conflict in Mali. Of these, 160,000 are seeking refuge in Burkina Faso, Mauritania and Niger – countries where communities are already struggling to find enough to eat.

But the musician doesn’t just talk the talk: he walks it, too. During his visit to Matam last week, he held a concert to raise funds for Oxfam’s Africa appeal.

‘I am truly honoured to be taking up the role of Oxfam Global Ambassador, having seen the work that Oxfam is doing in West and Central Africa to try to avert this crisis. And I will continue to add my voice to their call for an urgent response to the food crisis in the region. Nobody should die from hunger in the 21st century.’

Read how we’re responding to the crisis in the Sahel