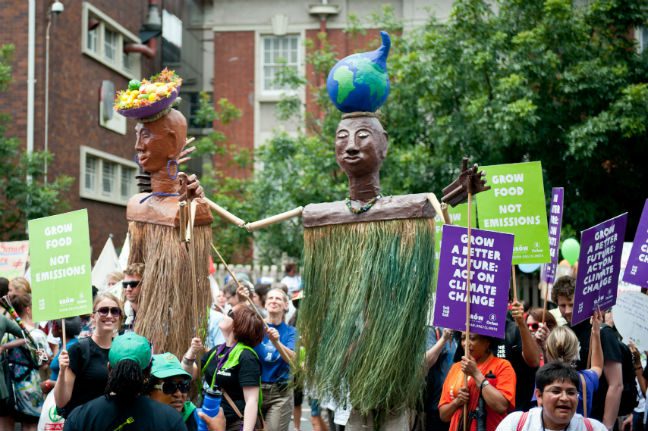 Next week world leaders will meet in New York for an important summit on climate change. It’s a key moment. Climate change is the single biggest threat to winning the fight against hunger, and rich governments and the big food companies haven’t been doing enough to address it.

More intense heat waves, storms, droughts, and floods are destroying crops, pushing the price of food up and the availability of food down. Women and farmers in poor communities are being hit the hardest.

While local communities, progressive businesses and other governments are stepping up on climate change, our government is drowning in a lack of ambition. The Australian government seems determined to swim against the tide by axing Australia’s working carbon price, doing its best to put the break on international progress, and threatening to dump Australia’s renewable energy target.

With the climate summit in New York on the horizon — and a new global agreement being negotiated by the end of 2015 — we need to build real power so that Australia does its fair share in tackling climate change. And we need your help to do it.

So here’s the plan.

As a first step, please join millions of people around the world and take to the streets in support of action on climate change: Want to do something now? Add your voice to the campaign for Australia to do its fair share to stop climate change making people hungry.