Blogs, Educating for change, Indigenous Australia article written on the 30 May 2016 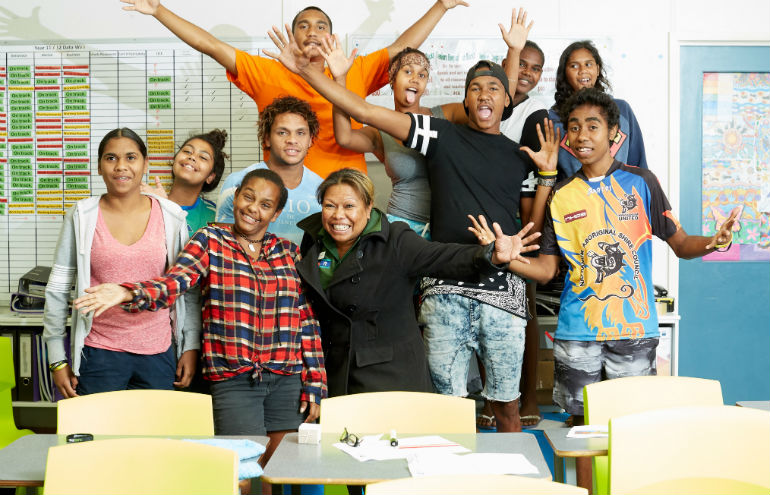 If you have used Instagram recently, you may have noticed something inspiring beneath the inescapable flood of gym selfies, holiday snaps and brunch documentation. Oxfam’s Close the Gap Instagram Challenge saw students from across Australia posting creative photos to promote Indigenous health equality.

The Close the Gap campaign has seen over 200,000 people across Australia call for government action to achieve Indigenous health equality by 2030. But how best to get students involved in this campaign? Instagram is clearly the current platform of choice for young people, with teens 50% more likely than older people to be actively using it whilst online (Global Web Index, 2014).

Oxfam invited students to create an artistic Instagram photo promoting Indigenous health equality under the hashtag #ctgstudents from 14th-18th March. The response was overwhelming, with an abundance of creative images bringing social justice to the fore on a platform often solely populated by photographs of cute dogs (not that there is anything wrong with cute dogs, they certainly have their place).

So, without further ado, I present to you the winners of Oxfam’s Close the Gap Instagram challenge. Year 8 student Levina Jocelyn Rose Douglas from Mount St Bernard School took out the top spot for her masterly snap, “aUStralia.” An Indigenous student from a family of artists, ‘Rosie’ orchestrated the photo with her friends Liam, Charlize, Trevor, Charmaine and Desphina.

The photo shows the Australian continent made from the Australian, Aboriginal and Torres Strait Islander flags, with the students’ hands holding the diverse parts of our nation together — a strong metaphor for our collective role in promoting cultural harmony.

“When I am at home, I take photos of the garden, my dogs and celebrations in our community of Hopevale,” said Rosie. “I put the hands into this photo to symbolise the different cultures at our school and around Australia,” Alana Barber from Mercy College in Coburg came in a close second for her simple yet poignant picture inspired by Thursday’s theme of #decade, celebrating the 10th anniversary of the Close the Gap campaign. Showing two hands — one painted in the colours of the Aboriginal flag, the other with a love heart — the image promotes reconcilliation and love between non-Indigenous and Indigenous Australians.

“Being the school’s Social Justice Captain, I thought the competition was a great way to get the students involved and talking about such an important issue in Australian society,” said Alana. “When I thought of ‘decade’, I instantly thought of using my hands and the various things I could paint onto them, including the Indigenous and Torres Strait Islander flags.”

“I think the final image is one of celebration and recognition which I really thought was important. Achievements have been made throughout the campaign and, as a community, we are all working towards our goal of health equality by 2030. Photo: A selection of the entries from Gladstone Park Secondary College/ Instagram @gladdyvcal16

Gladstone Park Secondary College were awarded the Schools Prize for their collective contribution to the Instagram challenge, with a whopping 11 photos uploaded.

“We had to brainstorm ways we could creatively get a message across about closing the gap between Indigenous and non-Indigenous people,” the class said. “We hoped to raise awareness of the issue because everyone here in Australia deserves a good life and equal rights. It also helped us to bond as a class and better understand their culture.”

Aside from these lucky winners, there were plenty of other worthy entires by students whose creative and thought-provoking photos helped shine a light on Indigenous health inequality during the challenge. As the school year progresses, let us not forget that Indigenous health is a year-round issue which requires ongoing support if we are to build a brighter future for Australia’s First Peoples. Find out how your school can get involved and sign up for Oxfam’s schools program newsletter.