Educating for change article written on the 18 Apr 2017

“It is our responsibility as members of today’s generation to improve the way of life for the next generation.”

While this could easily be a quote from a maiden speech in Parliament or media commentator, in fact it’s from Brittany Abraham, a Year 12 Aboriginal Studies student from Loreto Normanhurst school in Sydney.

She and her fellow students set a leading example to the nation, by recently using social media to champion the issue of Indigenous health equality.

From 13–17 March, students across Australia participated in the fourth annual Close the Gap Student Photo Challenge, using Instagram to make their voice heard.

This isn’t good enough. Aboriginal and Torres Strait Islander people deserve much better. So during the week of National Close the Gap Day, Australia’s young people came together to demand action, calling on the Australian Government to achieve Indigenous health equality by 2030.

What does Close the Gap mean to you?

This year, the challenge asked students to consider what Close the Gap meant to them.

For Indigenous students and teachers, this meant sharing firsthand experience of living their culture and being exposed to a variety of health outcomes in their communities.

For non-Indigenous students and teachers, this meant learning about Aboriginal and Torres Strait Islander histories and culture, how health outcomes compare, and exploring how they can listen and learn more.

With more than a hundred images posted over five days, the winners of the 2017 Close the Gap Student Photo Challenge are: Daniel Mairu won our top prize for his beautiful photograph “All You Need”, which responded to the daily theme of “Friendship”.

Daniel is from remote northern Queensland, and is a boarding student at Mount St Bernard School in Herberton. Demonstrating considerable talent, judges applauded Daniel’s photo for its interpretation of the daily theme, as well as the stunning simplicity of the shot. The image depicts two hands, clasped together in solidarity.

Runner-up: “My Childhood” by Katie McKay from Atwell College, Perth For Katie McKay from Atwell College in Perth, Close the Gap means family history. Katie collaborated with friends during the week, and produced the gorgeous photograph for the “My History” theme.

“All throughout my childhood I have supported closing the gap. It has been supported by my family for many years,” she wrote.

“I think closing the gap in Aboriginal health is important because we are all human, and all should be treated equally. I believe we should have equal rights. No one group of people should have more or less rights than others.” 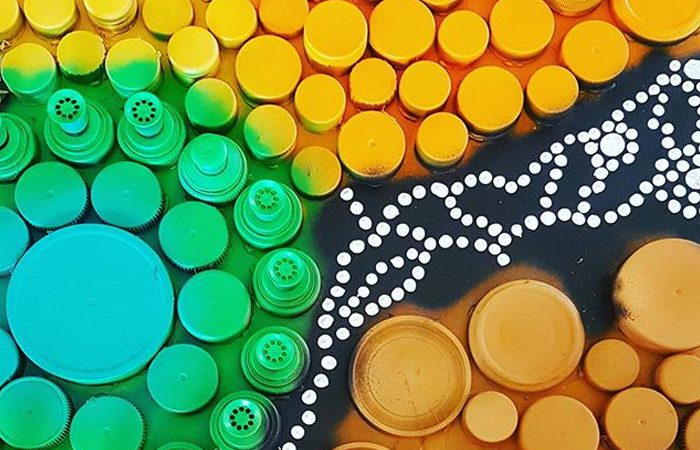 This year, Rosie again really embraced the challenge, working behind the scenes to help other students compose their images, as well as creating her own.

Her photo for the prompt “Live Strong”, used both art and photography to show how connection to country and the earth helps her live strong. Participating in the Close the Gap Instagram Challenge for the second time, the HSC Aboriginal Studies class from Loreto Normanhurst in Sydney took out the school’s prize for their 15 spectacular photos.

The class saw the photo challenge as an opportunity to raise awareness about what they’d learnt in class within their own community, as well as on a national level.

“As a school with students who have Aboriginal heritage, we recognised the need to raise awareness within our Loreto community while also engaging in part of a larger community initiative to continue the conversation of the health gap which exists between Aboriginal and non-Aboriginal Australians,” Brittany Abraham said.

“Participating in the competition allowed us to get the message across to everyone, as social media is widely used and accessible within today’s society and allowed us to successfully communicate the strong message through creativity.”

Brittany said the students used class time to explore the deeper meaning behind the themes and brainstorm what the message they wanted to community was, but they also reached out to others in their school community to involve as many people as possible.

As a school community and class, they have the opportunity to contribute as Australians, to become responsible for creating and maintaining this important conversation and awareness within society, and to ensure an equal opportunity for Aboriginal and Torres Strait Islanders health equality can be achieved, she said.

There were so many incredible entries we wish we could have given everyone an award, as we were again blown away by the creativity and dedication to help Close the Gap shown by Australia’s youth. You can see all the entries below:

Created in partnership with ACHPER, it aligns with Year 7-10 Australian Curriculum Health and Physical Education and uses games, photography and more to explore Aboriginal and Torres Strait Islander health using a strengths-based approach. 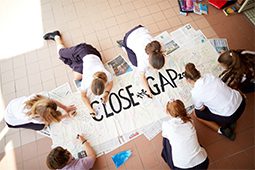 Download your FREE educational resources to support the delivery of a flexible and engaging curriculum for the Close the Gap health equality campaign.