For many, the word “Rwanda” triggers memories of harrowing tales of civil war that dominated headlines in the 1990s. Initial reports estimated one million Tutsi people — up to 70% of their entire population — were massacred by the Hutu majority government during that dark time in Rwanda’s past. A more recent review of national memorial sites puts the death toll closer to two million.

Decades on, 60% of Rwandan people are living with trauma and post-traumatic stress disorder. And the ongoing stress and strain of entrenched poverty impedes healing and recovery for many Rwandan families.

That’s why we are implementing a life-changing project in partnership with the Byumba Catholic Diocese, a small parish in northern Rwanda that cares for people affected by war. The project is based in the Gicumbi district, a region with more widows and orphans than any other in the country. The initiative brings together vulnerable women, offers them support, and trains them to breed and rear pigs to supplement their income.

Project co-ordinator Father Augustin explains, “Our country has known war and genocide, which have caused many problems in our society, such as killings — and from these killings, people have problems of trauma and psychological disorders.”

“Some people, when they have trauma, they are not able to work and the future is dark. So we start with a program of treatment to come from trauma to a heart of peace.”

He adds, “We have many widows, many orphans, many people with a disability because of the war and genocide. After the genocide, we had many consequences — many people were not strong physically, and they died. We had a lack of food from the genocide.”

This chaotic time in Rwandan history left many thousands of women widowed, traumatised and living in poverty.

I did not have a life because, before joining the group, I was always in isolation.”

Agnes (pictured above) lost her husband in 1998; he was killed when they were returning to Rwanda from the Democratic Republic of Congo.

Father Augustin says, “The people came back from Congo and wanted to come back to the country — and many people were killed from this period.”

Without her husband, Agnes fell on hard times. She says, “The biggest challenge I faced after my husband passed away … it’s depression.”

“When there is a missing person in the family, there is loneliness, there is depression —because you see yourself facing a lot of problems, and you are not able to solve them.

“I was feeling so alone.”

Regina (pictured below) understands those feelings of depression and isolation — her life was also turned upside down when her husband died.

I was very hungry but I had to cope.”

“After my husband passed away, I could only eat one meal. I sacrificed my food to pay for the school fees for the children,” Regina recalls. “I would do anything I could to keep my children fed.

“I was depressed. I expected that tomorrow we would get food. But I had no hope for after tomorrow.

“I could not ask people for food — I was embarrassed to tell anyone so I suffered alone.”

We refuse to let women like Regina and Agnes shoulder the burden of poverty alone. Our pig project gives vulnerable women a vital support network, as well as the skills and resources they need to boost their household income.

My dream is that I would like to have my own piggery that can keep five pigs.”

Father Augustin says, “When [the women] are working together, they can talk and share their problems. And so someone who is depressed can see, ‘I am not alone — I am with my neighbour and they have a problem like me.’”

Agnes says, “From the first time I saw [the pigs], I was filled with joy and I hope that the problems that we had related to poverty will be solved because of this project.”

Regina adds, “I’m confident that even if I have sadness, because I have been through a lot, the pigs will help with solutions to support me.”

“It will change my life — it even changed my life the day I heard I was getting a pig.”

I sacrificed my meals in order to save some money to send my children to school.”

With your support, we can tackle poverty in Rwanda by empowering more women like Agnes and Regina with the practical skills and resources they need to lift themselves out of poverty and heal the trauma of war.

Please, will you donate today and be part of the solution? 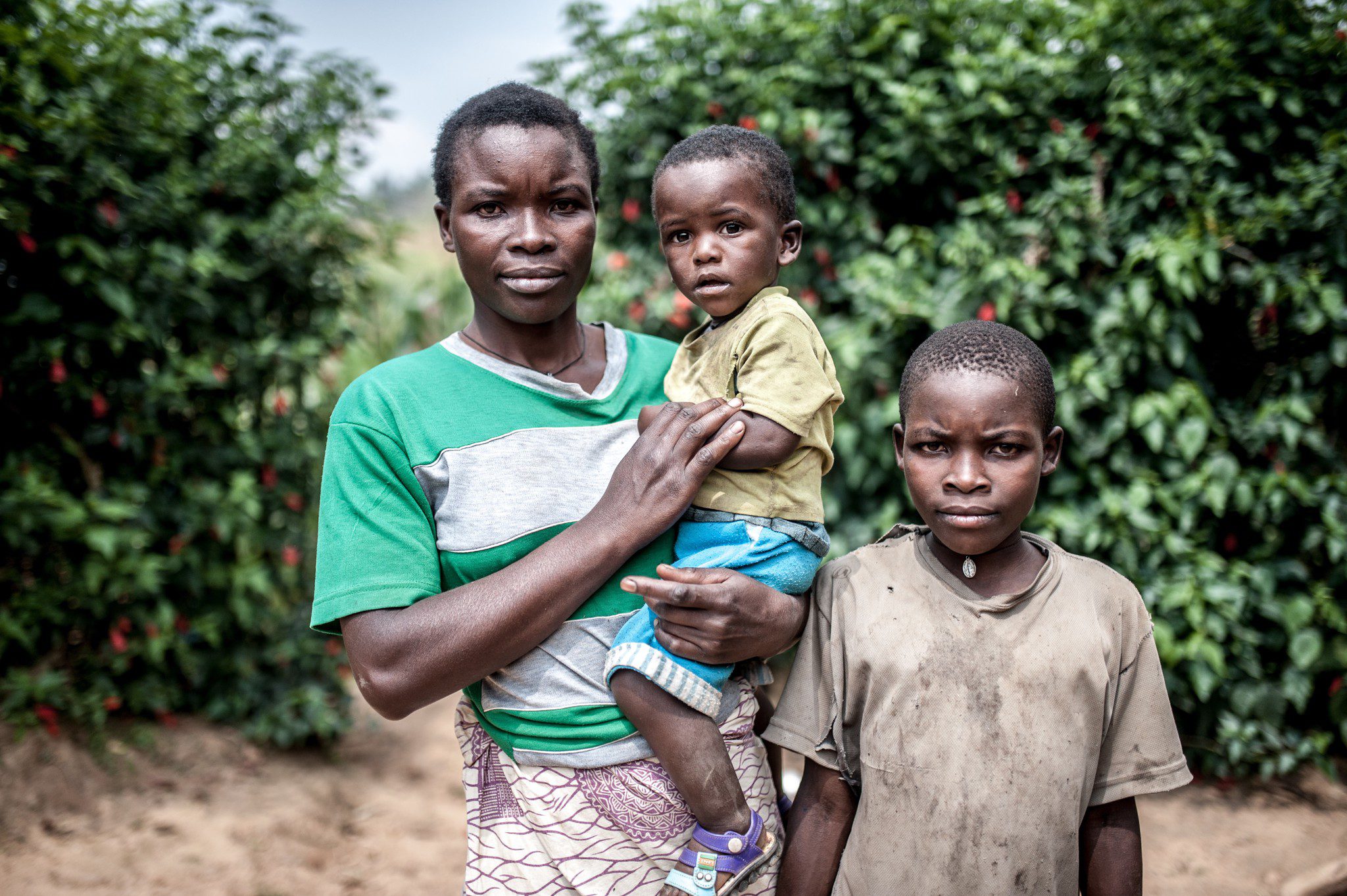 Your vital gift can help Oxfam provide vulnerable families in Rwanda with the skills and resources to lift themselves out of crippling poverty.