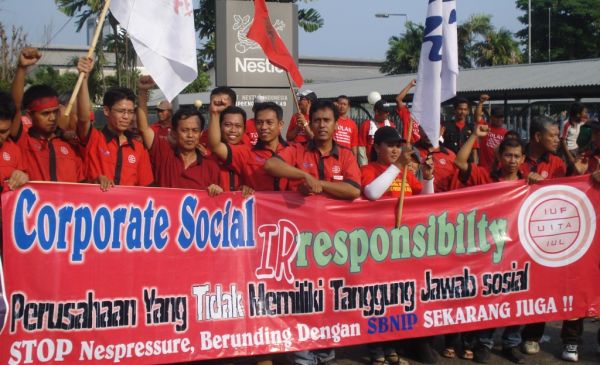 The Nescafe factory in Panjang, Indonesia, has fired almost two thirds of the SBNIB union membership.

According to the IUF the workers were fired after a breakdown in negotiations over wages. The Nescafe workers had struggled for five years before finally gaining recognition for their independent trade union in March this year. After such a long struggle the factory’s extreme response to the wage dispute was disappointing. Factory management declined to support formal mediation by the local labour department.

Anti-union practices, including the repeated suspension of union leaders, have also been reported at Nestle’s largest milk reception factory in Kabirwala, Pakistan. Nestle is the world’s largest food manufacturer, employing more than a quarter of a million workers. Its 2010 net profit was USD $35 billion.