Could you make it as a farmer?

It’s 4am. You get up like any other morning with your young baby. Except today is different. Last night a freak storm flooded your fields and your crops are out of action. You don’t know how you will make a living or feed your family in the coming months.

This is the reality that many of more than 500 million family farms face today because of climate change. Women are at the heart of the global food system, guarding a future where everyone has enough to eat.

Whilst rich Governments and some business are letting 1 in 9 people go hungry, we can stop climate change making people hungry if we work together – and it starts by spreading the word about the need to act.

Take and share our quiz to find out if you could make it as a farmer – and share the quiz to help build a movement to feed people and fight climate change! 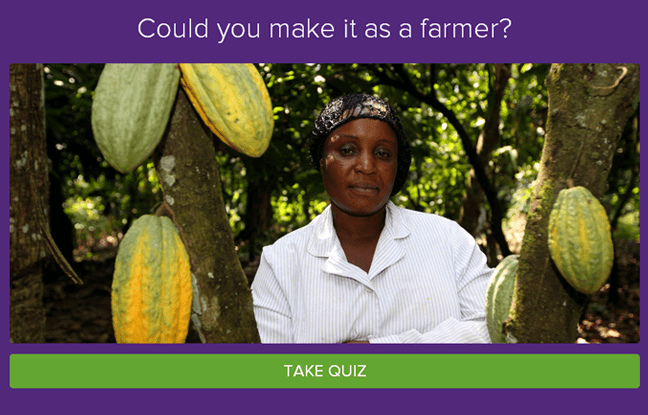 This summer Oxfam supporters successfully called on big food companies like Kellogg and General Mills to reduce their harmful carbon emissions. Then in September people took to the streets to call on world leaders to step up and act on climate change. Today is International Day of Disaster Risk Reduction, and governments must do more to help feed people and fight climate change.

As World Food Day approaches this Thursday, thousands of people around the world are joining families and farmers in taking action to feed people and fight climate change.

It’s all part of GROW week (Monday 13 – Friday 17 October) and here’s a taste of just a few things that are happening around the world:

There’s plenty going on. While climate change is making hunger worse, we can work together to fix it. Share the quiz above to get your friends engaged with the issue and watch out for more blogs this week with information on how you can get involved!