We must not fail the Rohingya again

It took the tug of a shirt. A history revisited.

One of Oxfam’s most experienced water engineers, Zulfiquar Ali Haider, was recently approached by a man in his sixties, who was living in the Rohingya camps in Bangladesh. Extraordinarily the refugee recognized Haider – as the man who helped to save his life by providing emergency water two decades before.

It was a reunion tinged with sadness. For the third time in 40 years the world watches Rohingya people forced to flee after being attacked and driven from their homes. Aid workers like Haider are deployed yet again. The international community watches, again, having collectively failed to find a lasting solution to the decades-long oppression of Rohingya in their own country.

I feel a personal sense of déjà vu: it brings back painful memories of the Rwandan genocide and exodus that took place on my doorstep in East Africa in 1994.

More than 620,000 refugees have arrived in Bangladesh in the last few months – at a speed not seen since the Rwandan crisis. It’s the fastest-growing refugee emergency in the world today. 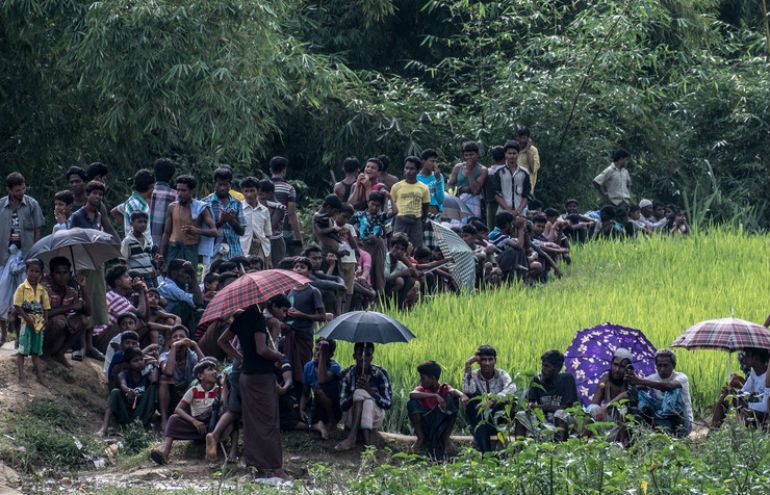 In an age of ugly intolerance to refugees, an extraordinary Bangladesh has kept its borders open to provide safe refuge.

A crisis of this scale would overwhelm any government’s capacity to provide aid, not least a poor country where one in four people live in poverty and which has experienced a year of devastating floods. Bangladesh and aid agencies like Oxfam are struggling to provide enough support to the huge numbers of people in need.

Conditions in the overcrowded camps are woefully inadequate and refugees – especially women and children – are at risk of disease and exploitation. Water is contaminated, toilets are overflowing, and there are reports of vulnerable people being trafficked and abused.

The international community urgently needs to plug the USD$280 million gap in funding required to provide emergency food, water and other essentials, and to keep people safe. It also needs to work with the Bangladesh government to develop a longer-term plan to support both the refugees and the local communities in this deprived area.

Yet emergency aid can only ever be a band-aid. To end the suffering of the Rohingya, it is necessary to tackle the ongoing violence and discrimination that has boiled over into a crisis, sending hundreds of thousands fleeing for their lives.

There is mounting evidence that crimes against humanity have taken place with impunity, including massacres, systematic rape and burning of Rohingya villages. The UN has described the situation as “a textbook example of ethnic cleansing”. Rohingya people are denied citizenship and basic rights such as the freedom to travel and work – summed up by Amnesty as “state-sponsored apartheid”. The Rohingya are the world’s largest stateless group of people. Oxfam spoke to refugees in Bangladesh who had fled Myanmar three times since the 1970s. Although conditions in the refugee camps are woefully inadequate and many people said they felt unsafe, they were clear that they would like to return but only when guaranteed protection and equal rights.

Many women, deeply traumatized by their experiences, said they would prefer suicide to being forcibly returned. “If we are forced to go back we will set ourselves on fire,” said Sanjida Sajjad*. Sixty-year old Younis Kadir* added: “The Government promised Bangladesh so many times that Rohingya can live peacefully. We cannot believe them, after everything that has happened.”

I am angry that the international community has failed to find a permanent solution to the plight of the Rohingya. I am also ashamed that in not speaking out loudly enough, we, humanitarians, have been complicit. International political leaders are still failing to put the human rights of all – especially the Rohingya – at the heart of their diplomatic efforts. 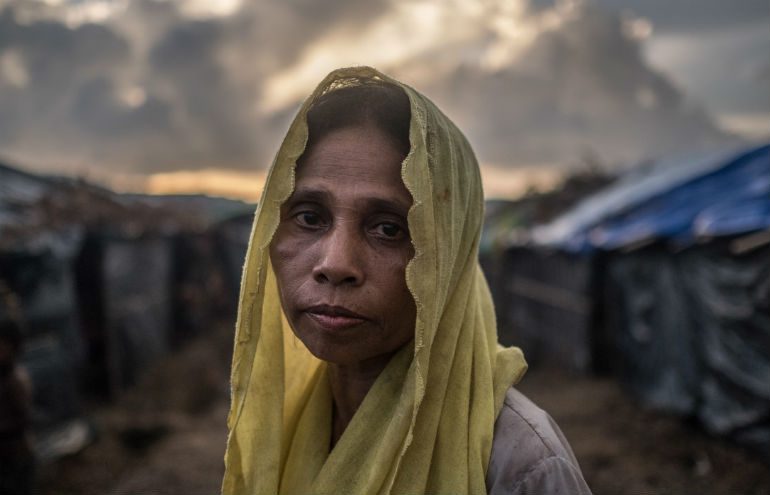 In August, a commission led by Kofi Annan urged the Government to reform laws that deny full citizenship to the Rohingya. It called for action to address the underlying causes of chronic under-development, poverty and landlessness for all people in Rakhine State. It called for integration, not segregation.

The report was backed by Aung Sang Suu Kyi, the democratic leader of Myanmar. It must be implemented. Democracy in Myanmar cannot be achieved with discrimination and gross violations of human rights. What kind of democracy flowers within soils that have seen such violence?

Today, we face yet another eruption of the Rohingya crisis, this time on an unprecedented scale. Our international leaders must act to ensure the same patterns are not repeated, with strong diplomatic pressure that ensures the rights of the Rohingya – and all in Myanmar – are fully protected. We must see justice and accountability for the atrocities committed against them.

Despite everything, the Rohingya refugees repeated a dignified, clear request to us: Equal rights for all. As full citizens. Their call must now be answered. Your donation is essential to help Oxfam provide access to food, water and sanitation.