Why does the health gap exist?

The persistent shortfall in the life expectancy and health status of First Australians in part reflects the ongoing impact of centuries of alienation and marginalisation. This gap, which has widened in recent years, continues largely as a result of decades of government inaction to address the more complex health needs of First Australians.

A 2018 report by the Australian Medical Association found that Aboriginal health reflected the lack of commitment to equitable needs-based funding; gaps in primary health care coverage, and the failure to address environmental health and housing.

Successful Aboriginal and Torres Strait Islander health programs have been those that have recognised and addressed these factors in consultation with the Indigenous community.

What needs to be done now? Working in partnership with Aboriginal and Torres Strait Islander people is a critical success factor. Indigenous Australians need to be consulted, empowered, resourced and supported to address the health issues facing their communities. In December 2018 we saw the Council of the Australian Government (COAG) take an important step in this direct by announcing a formal partnership with First Nations leaders.

Secure adequate funding for the long-term 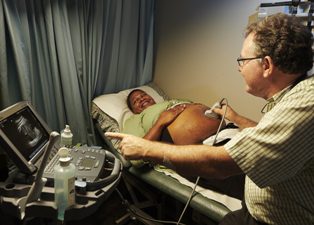 Strengthen the movement to Close the Gap

The Close the Gap Campaign has made sure that Indigenous health policy remains a prominent part of the policy landscape, and one that won’t go away. With your help, we can keep it there. The movement to Close the Gap now needs to maintain, and grow, to ensure sustained and meaningful long-term change; and most importantly, an end to the Indigenous health deficit.